Scientists Closing in on the Dawn of Plate Tectonics 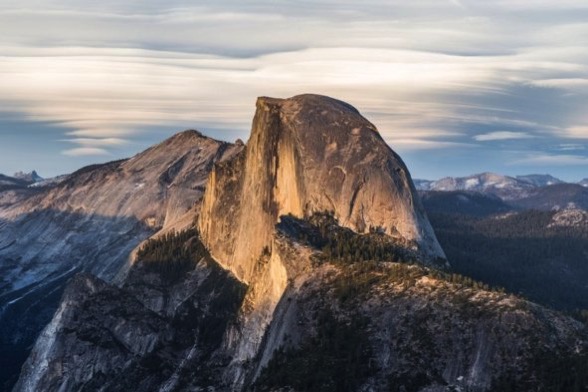 Geologists think early Earth may have looked much like Iceland—where jet-black lava fields extend as far as the eye can see, inky mountainsides rise steeply above the clouds and stark black-sand beaches outline the land.

But over time the world gradually became less bleak. Today Earth also harbors light-colored rocks, like the granite that composes Half Dome in Yosemite National Park. But scientists remain uncertain as to when the world started to transition from the one that looked like Iceland to that which we know today.

A new study published Thursday in Science suggests the shift transpired more than 3.5 billion years ago. Not only does the finding tell scientists the color of the world’s early beaches, it might help them understand when tectonic plates—the interlocking slabs of crust that fit together like puzzle pieces far beneath our feet—started to wake up and shuffle around. That is because the lighter-colored rocks, known as felsic rocks, are actually dark, or mafic, rocks “reincarnated.” In short, felsic rocks form when mafic ones are pushed deep inside Earth—possibly when one tectonic plate slips under another in a process called subduction. Given that light-colored felsic rocks were abundant billions of years ago, plate tectonics had likely already kicked into action.

In order to reach that conclusion, Nicolas Greber, a geologist at the University of Chicago, and his colleagues analyzed 78 different layers of sediment to pin down the ratio of felsic to mafic rocks. This was not as simple as counting light versus dark stones (both had long ago eroded into tiny particles). Instead, Greber’s team looked at titanium. Although the metallic element is present in both types of rock, the proportion of its isotopes (chemically identical atoms with the same number of protons but a different number of neutrons) shifts as the rock changes from mafic to felsic. Suppose you mix something that turns out both salty and sweet, Greber says. An analysis like this gives you “an idea of how much salt you added and how much sugar you added.” He had expected the earliest sediments in his sample, which date back 3.5 billion years, would be composed mostly of mafic particles. But to his surprise, roughly half of the particles locked within were felsic.

Assuming those rocks formed within subduction zones, that means tectonic plates were already on the go by that time—a conclusion that just might help solve an age-old mystery: the birth date of plate tectonics. Scientists have long argued over the precise date these crustal plates started to rouse from their slumber, with estimates ranging from one billion to 4.2 billion years ago. That range is far too large if scientists want to understand the evolution of early Earth. Shifting plates have the ability to dramatically reshape the planet by sculpting ocean basins and thrusting up mountain ranges. They also alter the composition of the atmosphere and oceans. This would have affected the supply of nutrients available to the fledgling life on our young planet.