Thanks to Drew Fustini for posting this on OSH Park! (Similar-but-different, this project reminds me of a project I worked on several years ago with Tony DiCola who designed an Arduino Yún-based Smart Remote Control – I then used that project to sniff a legitimate remote control’s button signals so I could backup the remote’s code and share that code with others who might also have lost their remote for the same appliance.)

A couple years ago my TV remote broke. I had used one of those universal remote phone apps as an alternative for a while, but that just got really frustrating. Without the tactile feel of buttons it was too easy to press wrong buttons on my smart phone; accidentally pressing mute, stop or changing the channel / input, etc. I considered just ordering a cheap replacement remote off of Ebay for a few dollars but part of me wanted to take advantage of the situation and make one from scratch using the atmega328p chip used on the famous Arduino Uno. I had been tinkering with the atmega chip quite a bit at the time and was also exploring the process of designing circuit boards using cad software. I loved the idea of designing a circuit board from scratch & filling it with circuits. This seemed like the perfect project for me – being able to use my beloved arduino chip, design and populate a circuit board with circuits & fashion some kind of project case (altoids tin) to put it all in. I went for it.

I’m also digging this early prototype, which reminds me of the size of those ‘big button’ TV remotes: 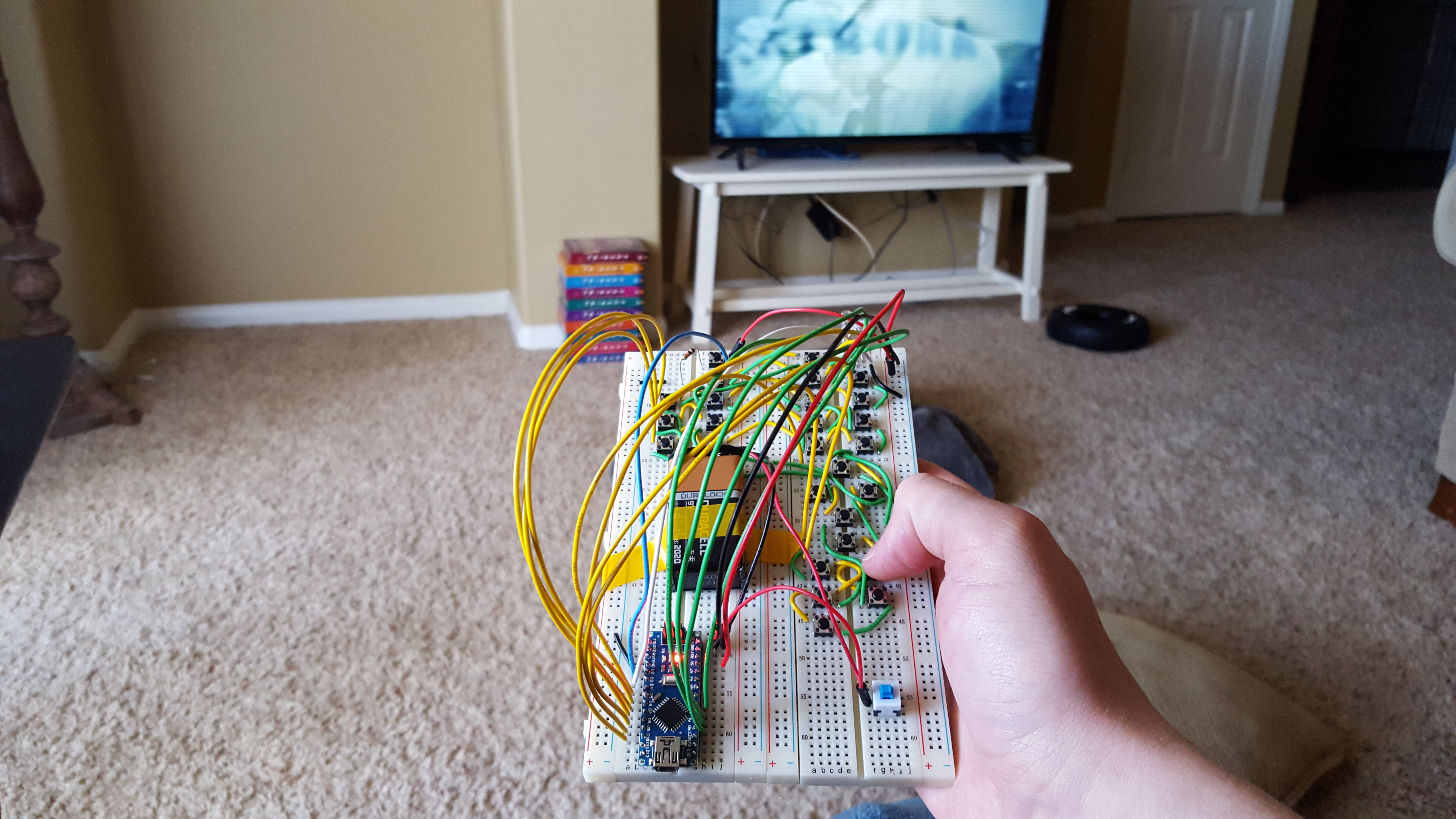