Called Air Tennis, the American Express-sponsored game mixes together motion sensors that might remind most people of Kinect for Xbox One or Wii Tennis without the controller, with air haptics technology that blast air to mimic the ball as a player hits it with their hand.

Standing in a large octagon that’s sliced into a number of booths so that multiple people can play simultaneously, a structure built specifically for American Express at the US Open by Momentum Worldwide, players interact with an artificial intelligence opponent on a large screen that serves them a ball from across a digital tennis court.

As their hitting streak increases, the balls “catches fire” and moves faster. Players have a range of motion that correlates with the haptics, including two air cannons on their left, two on their right, and a fifth overhead. The goal is to get the highest average streak in two minutes.

“As they swing and return each shot, they will essentially feel the impact of the ball with a timed blast of air hitting their hand,” the company said.

The experience is customized to each player through a Kinect motion sensing device that captures each player’s body shape and builds a “virtual skeleton” to tailor the experience to their height and position. Venus Williams was among those to try it out.

AmEx, one of the longest-running sponsors of the US Open, has been experimenting with technology experiences over the past few years in an effort to lure people into its booth during the two-week event, where it offers a suite for members and tries to sell cards to others. 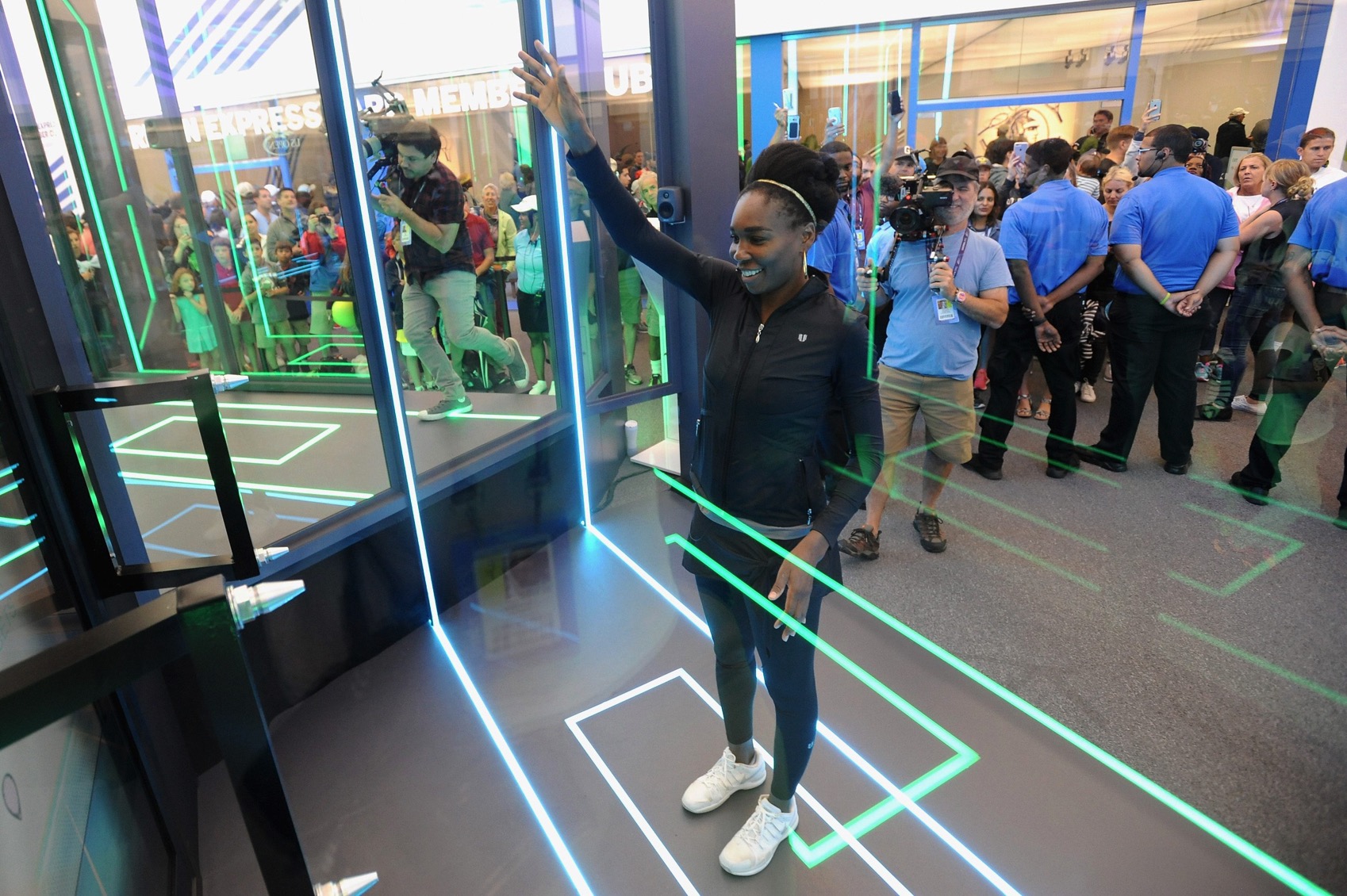