Today in we are taking a look at Ellen Ochoa in celebration of Hispanic Heritage Month. Ellen Ochoa was the worlds first Hispanic female astronaut and has spent over 950 hours in space! Via Biography: 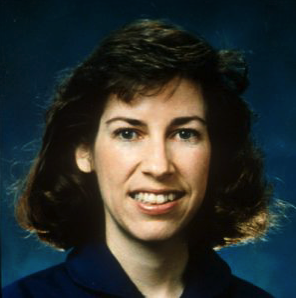 Astronaut Ellen Ochoa was born on May 10, 1958, in Los Angeles, California. Selected by NASA in 1990, Ochoa became the world’s first Hispanic female astronaut in 1991. She graduated from Grossmont High School in La Mesa, California, in 1975, and received a bachelor of science degree in physics from San Diego State University in 1980. She then went on to attend Stanford University, where she received a master of science degree and doctorate in electrical engineering.

A mission specialist and flight engineer, Ochoa is a veteran of four space flights, logging more than 950 hours in space. Her technical assignments have included flight software and computer hardware development and robotics development, testing and training. She has served as Assistant for Space Station to the Chief of the Astronaut Office, lead spacecraft communicator in Mission Control and Acting Deputy Chief of the Astronaut Office. She currently serves as Director of Flight Crew Operations at Johnson Space Center in Houston, Texas.