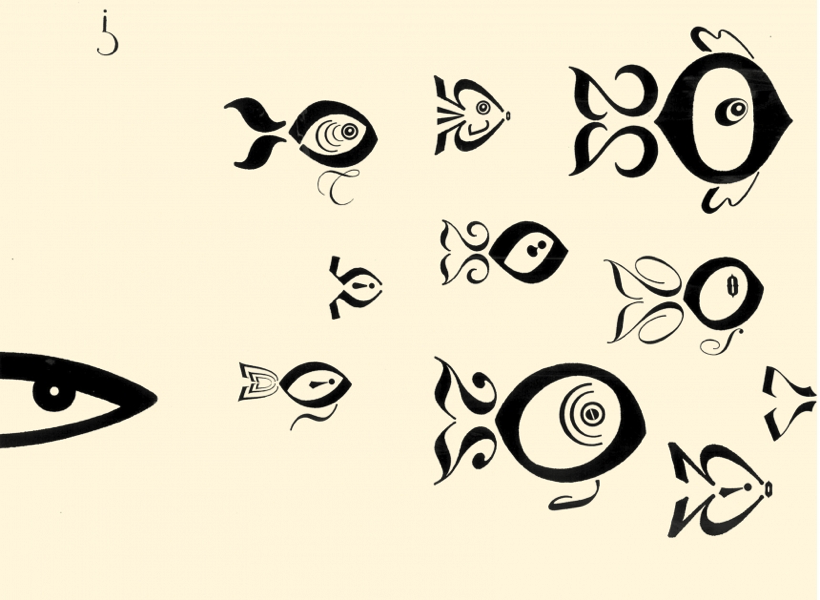 The brainchild of designer, author and illustrator, A.W Bainbridge, this otherworldly text documents the fictional findings of the ‘Reverend Jackson Whitehead’, who served as the ship’s chaplain aboard the HMS Pica, sister ship to the HMS Beagle, which accompanied the Beagle on its second survey expedition in 1831.

Bainbridge explains: “As well as being a visually perceptive man of the cloth, it would appear that Whitehead was also a very keen amateur collector of fauna and a typography enthusiast. According to his journal, ‘upon realising that the majority of the ship’s crew were either committed atheists or budding evolutionists’, he embarked on entertaining himself between landfalls by creating a whole series of creatures made up of typographical characters.

“Some of these were based on the animals that he discovered, and others were mere flights of fancy. Over the past 18 months we have been able to re-ink these plates and take prints of them to reveal his amazing typographic menagerie. Each individual image has also been digitally cleaned, re- touched and collated into the book titled Typographic Specimens.

Read more and see more on Instagram and Ammonite Press