The Story of Standard Motor Products, a 92-Year-Old, Family-Run Manufacturer Based in Queens

In the past decade, the flow of goods emerging from U.S. factories has risen by about a third. Factory employment has fallen by roughly the same fraction. The story of Standard Motor Products, a 92-year-old, family-run manufacturer based in Queens, sheds light on both phenomena. It’s a story of hustle, ingenuity, competitive success, and promise for America’s economy. It also illuminates why the jobs crisis will be so difficult to solve. 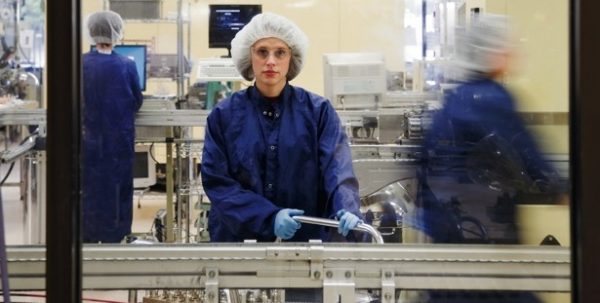 I had come to Greenville to better understand what, exactly, is happening to manufacturing in the United States, and what the future holds for people like Maddie—people who still make physical things for a living and, more broadly, people (as many as 40 million adults in the U.S.) who lack higher education, but are striving for a middle-class life. We do still make things here, even though many people don’t believe me when I tell them that. Depending on which stats you believe, the United States is either the No. 1 or No. 2 manufacturer in the world (China may have surpassed us in the past year or two). Whatever the country’s current rank, its manufacturing output continues to grow strongly; in the past decade alone, output from American factories, adjusted for inflation, has risen by a third.

Yet the success of American manufacturers has come at a cost. Factories have replaced millions of workers with machines. Even if you know the rough outline of this story, looking at the Bureau of Labor Statistics data is still shocking. A historical chart of U.S. manufacturing employment shows steady growth from the end of the Depression until the early 1980s, when the number of jobs drops a little. Then things stay largely flat until about 1999. After that, the numbers simply collapse. In the 10 years ending in 2009, factories shed workers so fast that they erased almost all the gains of the previous 70 years; roughly one out of every three manufacturing jobs—about 6 million in total—disappeared. About as many people work in manufacturing now as did at the end of the Depression, even though the American population is more than twice as large today.

I came here to find answers to questions that arise from the data. How, exactly, have some American manufacturers continued to survive, and even thrive, as global competition has intensified? What, if anything, should be done to halt the collapse of manufacturing employment? And what does the disappearance of factory work mean for the rest of us?

Comments Off on The Story of Standard Motor Products, a 92-Year-Old, Family-Run Manufacturer Based in Queens