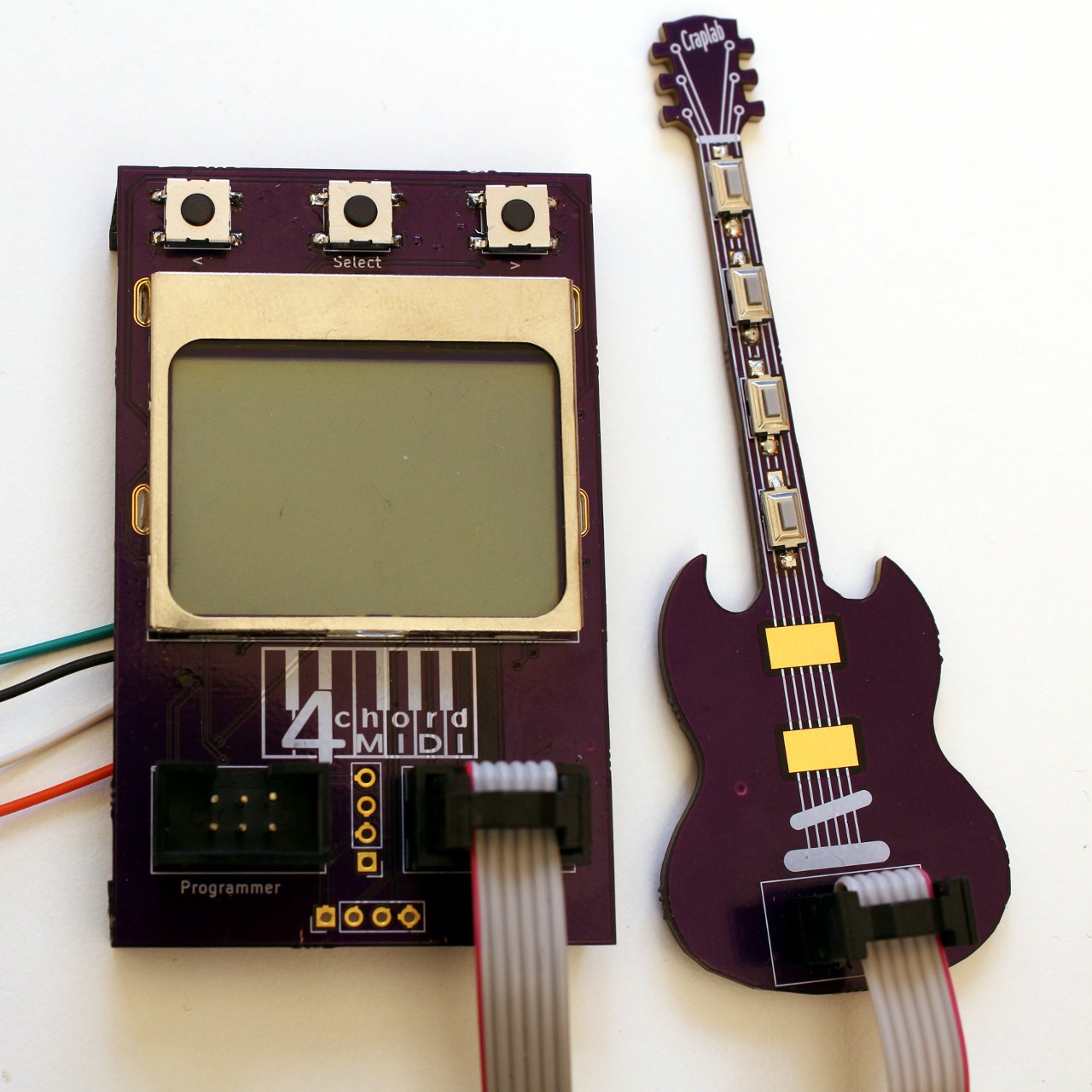 Awesome – and kind of hilarious – project by Sven Gregori over at Hackaday.io:

4chord MIDI – the USB MIDI keyboard dedicated to play all the four chord songs, from Adele via Green Day and Red Hot Chilli Peppers to U2 and Weezer. Thanks to MIDI, you can be any instrument – and all of them at once. Yay!

Yes, there’s an undeniably vast amount of famous pop and rock songs out there using a chord progression built around the Tonic (I), Dominant (V), Submediant (vi) and Subdominant (IV). You won’t even need the submediant to cover all of blues, country and punk music along the way. So why bother learning the full spectrum of an instrument (or, for that matter, learning any of the music theory terms I was just throwing around) and not just build one focusing on the essence of it. This is exactly what I did with 4chord MIDI.

What once started as a tongue-in-cheek idea to mock the simplicity of mainstream music has since grown into a full-blown project. Dabbling with songwriting myself taught me a thing or two about the infamous I-V-vi-IV progression over time. For one thing, it’s catchy and it simply works, and I caught myself often enough accidentally ending up with it, despite all the mocking. But well, there’s anyway a lot more to a song than the chord progression alone. After all, some exceptions (and cynicism) aside, all those famous “same” songs are far from being identical.