Computing History: Where Did All the Women Go? | #ALD17 @findingada @computermuseum

From October 4 – 27, if you’re anywhere near Cambridge in the UK, you might consider swinging by the Centre for Computing History to check out the exhibition Computing History: Where Did All the Women Go? The exhibition includes some fantastic programming throughout the month, reprinted below. 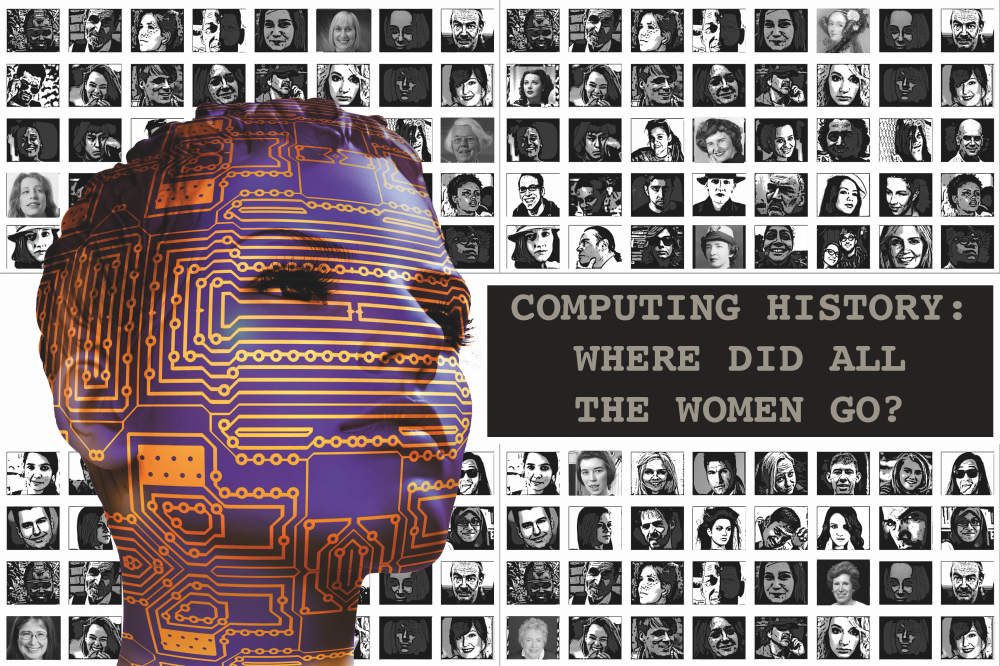 12 October 2017 6:30pm – It Began with Ada – Show & Tell Our Ada Lovelace Day evening event. In this show and tell we watch a performer in a dress of light tell the Ada Lovelace story. A talk precedes the performance to explain why everyone should get involved with computers to help create our future! Suitable for age 11 to adults.

14 October 2017 6:30pm – Film Screening – Hidden FiguresThis hitherto untold tale reorients our view of the space race of the 1960s by telling the stories of 3 brilliant African-American mathematicians at NASA (Katherine Johnson, Dorothy Vaughan and Mary Jackson) who serve as the brains behind a stunning achievement that galvanised the world but who were then written out of history. price includes admission to the museum.

17 October 2017 6:30pm – Professor Jean Bacon in conversation with Dr Valerie Lynch Jean Bacon was the first woman to be appointed to a Lectureship in the Computer Laboratory at the University of Cambridge in 1985. She is now Professor Emerita of Distributed Systems at the Computer Laboratory where she co-headed the Opera Research Group from its founding in the 1990s.
Please note that this event is being filmed.

18 October 2017 10am-7pm – CCH Website Editathon
We know our own website is lacking in detail about all the tremendous contributions women have made over the years to computing history and we hate that fact! So this event will tackle our own site to make women’s contributions more visible. Do you have some women in mind who you think we should have more about on our site? Come join us and do some editing with us! Or if you can’t make it, let us know who you think should be on there (email lisa@computinghistory.org.uk) and we’ll do our best to put it right. And maybe we can do some wikipedia edits at the same time! Price includes admission to the museum.

The event is open to all but aimed at a 16+ audience.

21 October – 27 October 2017- ‘We’re Here. Hi! Let’s Play’: Women in Gaming Exhibition
This pop-up exhibition, available to all general visitors to the Centre, will explore the role of women in the videogame industry. Three themes will be explored: women as characters, women as developers, and women as players. Learn about the development of female icons like Lara Croft, explore the histories of pioneering developers like Dona Bailey and Carol Shaw, and discover how female professional gamers are making waves in the modern world of eSports.

25 October 2017 1:00pm – 3:30pm – Workshop: Make Your Own Electronic Music Like Delia Derbyshire!
We’ll be turning our 80s Classroom into a music studio for this fun, hands-on workshop idea for all budding audio engineers or anyone interested in learning how to make music – no equipment or prior music knowledge necessary.Aimed at children aged 10+

26 October 2017 6:30pm – Ada Lovelace: the programmer, the maths, and the myths
Professor Ursula Martin CBE FRSE, University of Oxford
Ada Lovelace is widely celebrated as “the first programmer”, the “enchantress of number” whose unique “poetical science” enabled her to make startling predictions about modern computing in a famous 1843 paper about Charles Babbage’s proposed analytical engine. In this talk Professor Martin will separate fact from myth, talk about what the famous paper actually says, and look at Lovelace as a member of a dynamic community of nineteenth century British scientists.

The event is open to all but aimed at a 16+ audience.

Comments Off on Computing History: Where Did All the Women Go? | #ALD17 @findingada @computermuseum