New Opera Tells the Story of a Paleoart Pioneer #ArtTuesday 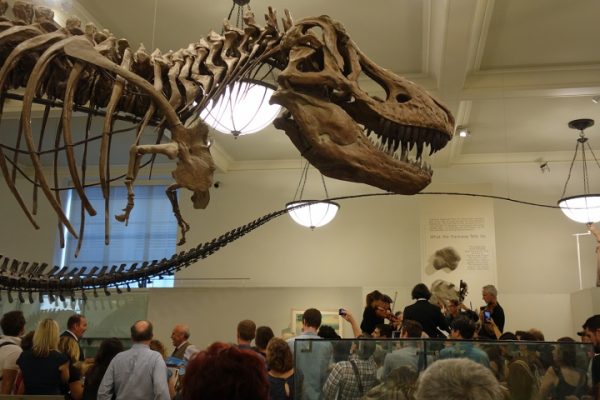 Between skeletal mounts of a Tyrannosaurus rex and Apatosaurus, On Site Opera (OSO) premiered its new production, a site-specific piece about the dinosaur paintings of early 20th-century paleoart pioneer Charles R. Knight.Told from the perspective of his eight-year-old granddaughter, Rhoda and the Fossil Hunt is a family-oriented opera about art and science, set in the Hall of Saurischian Dinosaurs at the American Museum of Natural History (AMNH). A compact orchestra, and cast of three, invite visitors on a brief journey through the dinosaur bones, and how to harness the imagination to understand the past.

“Since OSO began, we have been experimenting with how to use our various performance spaces to tell pre-existing stories,” Eric Einhorn, general and artistic director of OSO, told Hyperallergic. Einhorn wrote the libretto for Rhoda, with music by John Musto, making it OSO’s first commission. The nonprofit organization started in 2012, and they’ve staged such productionsas Jean-Philippe Rameau’s Pygmalion among the wax celebrities at Madame Tussauds, and Dominick Argento’s Miss Havisham’s Wedding Night and Hector Berlioz’s La Mort de Cléopâtre (The Death of Cleopatra) in the grand ballroom at the 1852 Harmonie Club. Rhoda and the Fossil Hunt was co-commissioned by Lyric Opera of Chicago’s Lyric Unlimited and Pittsburgh Opera, in collaboration with AMNH. 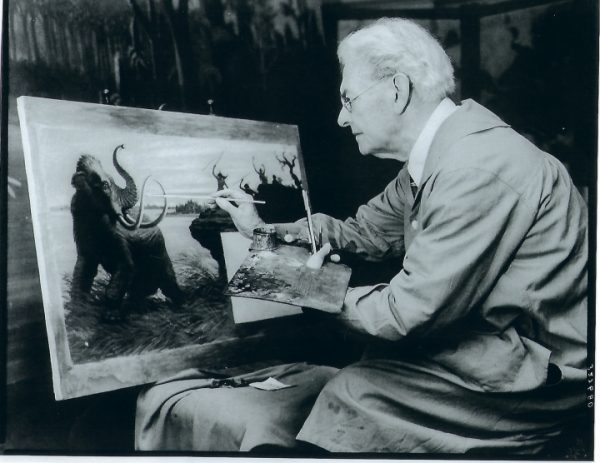 “Once we had the partnership of AMNH, we worked closely with them to explore various uses of the dinosaur hall and the most effective way to tell the kind of story we were creating,” Einhorn explained. “A promenading show throughout the hall was the most natural fit for this dinosaur adventure.”