A Surprise From the Supervolcano Under Yellowstone 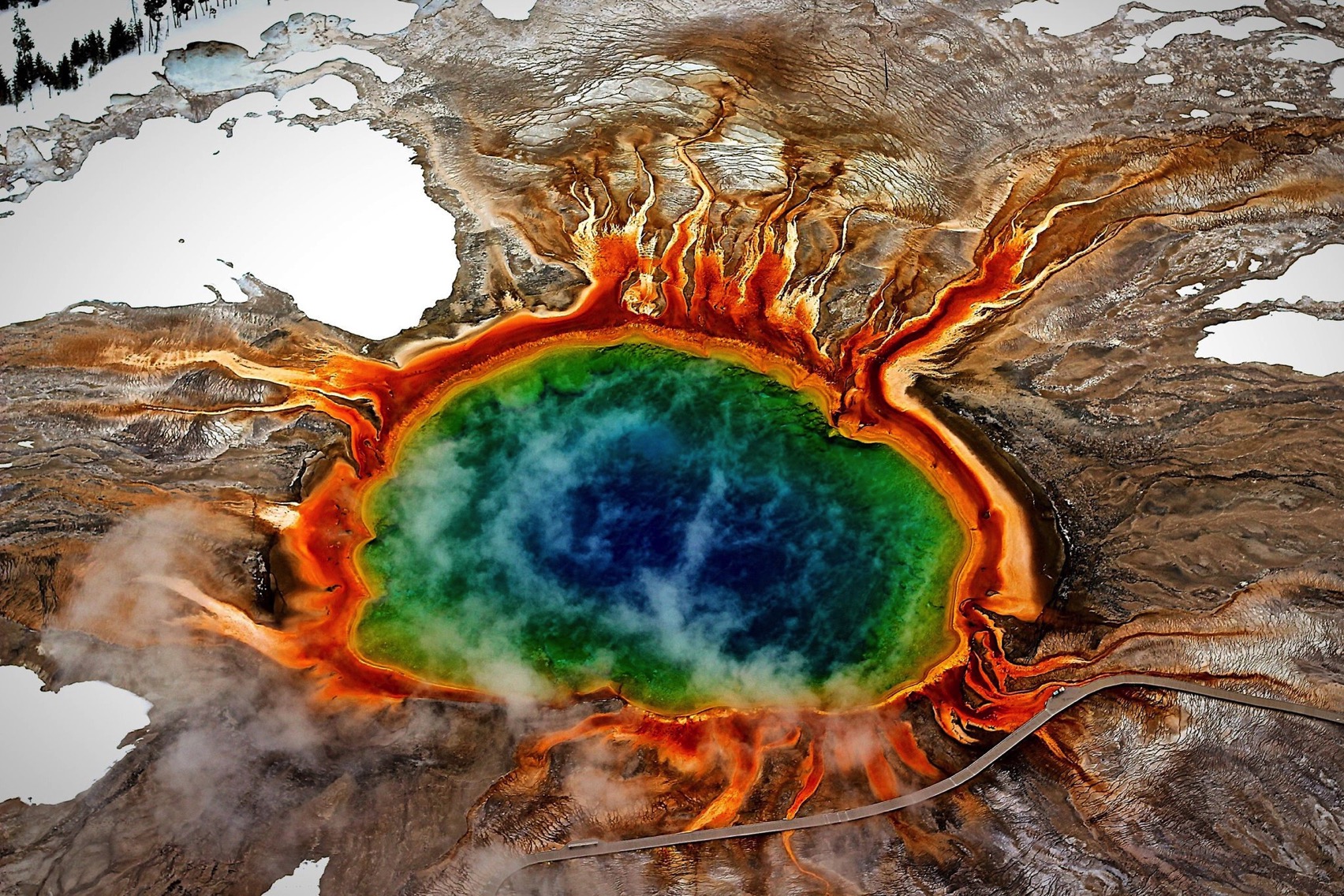 New research is showing that the volcano under Yellowstone could go from dormant to active in a matter of decades. Via New York Times:

Beneath Yellowstone National Park lies a supervolcano, a behemoth far more powerful than your average volcano. It has the ability to expel more than 1,000 cubic kilometers of rock and ash at once — 2,500 times more material than erupted from Mount St. Helens in 1980, which killed 57 people. That could blanket most of the United States in a thick layer of ash and even plunge the Earth into a volcanic winter.

Yellowstone’s last supereruption occurred 631,000 years ago. And it’s not the planet’s only buried supervolcano. Scientists suspect that a supereruption scars the planet every 100,000 years, causing many to ask when we can next expect such an explosive planet-changing event.

To answer that question, scientists are seeking lessons from Yellowstone’s past. And the results have been surprising. They show that the forces that drive these rare and violent events can move much more rapidly than volcanologists previously anticipated.

We expected that there might be processes happening over thousands of years preceding the eruption,” said Christy Till, a geologist at Arizona State, and Ms. Shamloo’s dissertation adviser. Instead, the outer rims of the crystals revealed a clear uptick in temperature and a change in composition that occurred on a rapid time scale. That could mean the supereruption transpired only decades after an injection of fresh magma beneath the volcano.

Comments Off on A Surprise From the Supervolcano Under Yellowstone