Tune in here tomorrow 10/17/2017 at 7PM PT/10PM ET to watch an epic robot duel between America’s MegaBots and Japan’s Suidobashi! 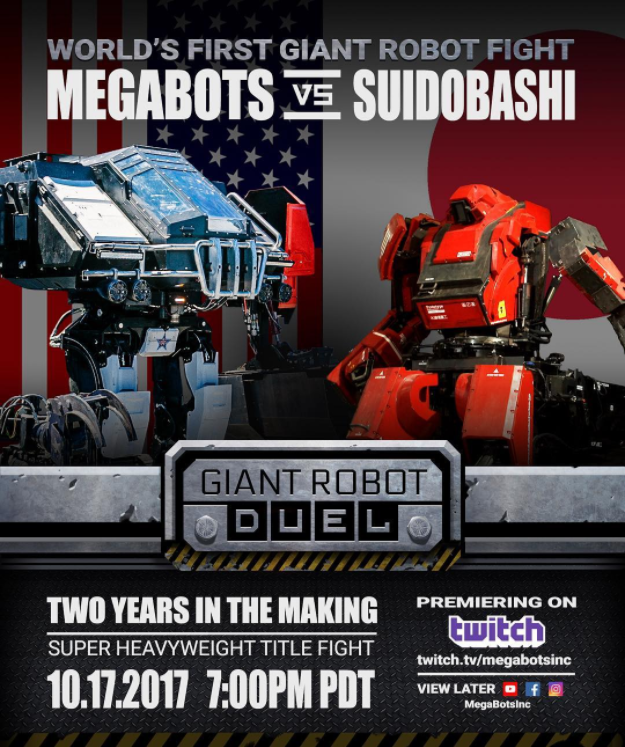 Two years ago, U.S. robotics company MegaBots challenged its Japanese rival, Suidobashi Heavy Industries, to a duel between their giant robots. Suidobashi had accepted but added a condition of its own: melee combat must be a part of the fight.

To make sure its robot was up to the task for hand-to-hand combat, MegaBots started a Kickstarter to upgrade its Mk.II robot, which was built mostly for long-range paintball combat. It raised about $554,600 in crowdfunding from nearly 8,000 backers.

In August the company officially introduced the robot that would take part in the fight.

Read more here, watch the trailer below, and tune in here on Tuesday October 17 at 7PM PT to watch the battle live!

Comments Off on ???vs???: MegaBots vs Suidobashi Robot Duel to Stream Live on @Twitch Oct 17th 7PM PT | @MegaBots