The Varying Sounds of Analog and Digital Music #MusicMonday 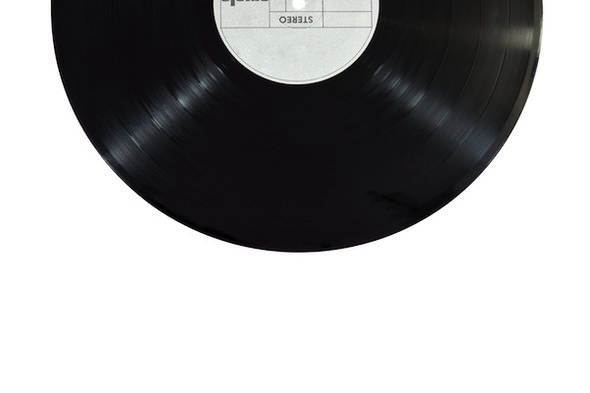 Of course, if a piano and a violin play the same high C at the exact same volume, there is still some quality that feels different between the two notes. It turns out that pure tones do not occur naturally, and when a piano or violin produces a high C, the sound wave is made up of a specific combination of different pure tones. The different amplitudes and frequencies have nice relationships with one another, which is why you hear a specific note rather than a mess of clashing noises, but the single pitch you hear does not correspond to a single frequency. The hard-to-define quality of sound that allows you to identify what instrument you’re listening to is determined by the exact combination of pure tones. When different instruments all play at the same time, the various pure tones add together to create the music you hear.

So what do pure tones have to do with the groove on a record being able to tell David Bowie and Nina Simone apart? It turns out that any curve can be written in exactly one way as a combination of curves with uniform amplitude and frequency. In other words, the single squiggle captured in the groove of a record player can be written as a combination of pure tones. And there is only one combination that will produce any particular squiggle. The tool that makes this possible comes from mathematics and is called the Fourier transform. Combined with the fact that the sound we experience is determined by the exact combination of pure tones, this bit of mathematics explains how the vinyl record groove can completely determine the music you hear.

When it comes to storing sound as a digital file, however, the limited capacity of computers is a problem. Sound waves contain an infinite number of points. Computers cannot store infinite amounts of information. Digital music storage is possible, thanks to the work of mathematicians in the 1930s that produced the sampling theorem. According to the theorem, it is possible to completely rebuild a sound wave using a finite number of points—as long as they are close enough together.

There is one catch: The theorem requires that when the Fourier transform breaks down the curve into a combination of pure tones, all the frequencies fall between some maximum and minimum. How close together the points on a curve need to be in order to rebuild it depends on the distance between this maximum and minimum. Because humans only hear sounds within a certain range of frequencies, we can get rid of any other frequencies that may show up in a sound wave’s decomposition and still get back the original sound. So the sampling theorem explains how to use a finite amount of information to store any sound wave.

Because mathematics describes an idealized version of reality, the reconstruction of a sound wave from a digital file may not perfectly match the vibrations of the sound itself. On the other hand, analog recording is purely physical. Does this mean analog is more accurate? No, it just means it’s different. Movement, dust or scratches can change the sound an analog player makes, and the recording process is similarly sensitive. The sound wave produced by analog playback could be further from the original than a good quality digital file would be.