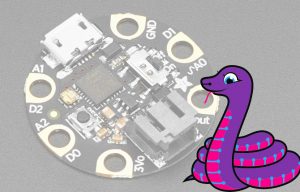 From the GitHub release page (downloads available there):

We’re pleased to bring you CircuitPython 2.1.0, with many new features and many bugfixes. Notably, Trinket M0 and Gemma M0 now include pulseio (PWM) support.

This release is based on MicroPython 1.9.2. Support upstream MicroPython by purchasing a PyBoard (from Adafruit here).

To install our libraries:

Filed under: CircuitPython — by Dan Halbert