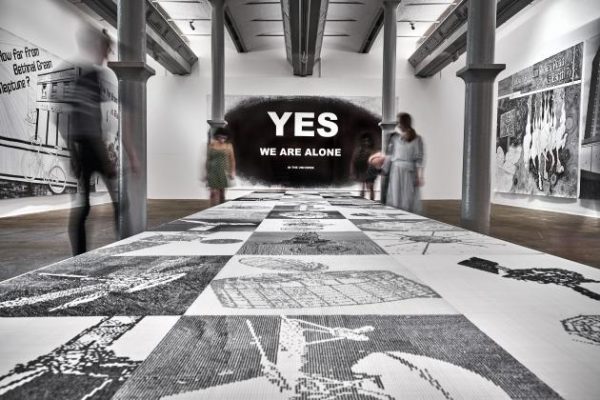 After almost 20 years of collecting data on the sixth planet, the Cassini spacecraft plunged into Saturn’s atmosphere on September 15, leaving behind a wealth of photos and data, the most exciting of which point to the possibility of life on Enceladus, one of its many moons. As a tribute to Cassini and the valuable information it found on its mission, we decided to compile a timeline of its most significant events and discoveries, juxtaposed with the outer-space-related artworks created here on Earth in that same period of time. 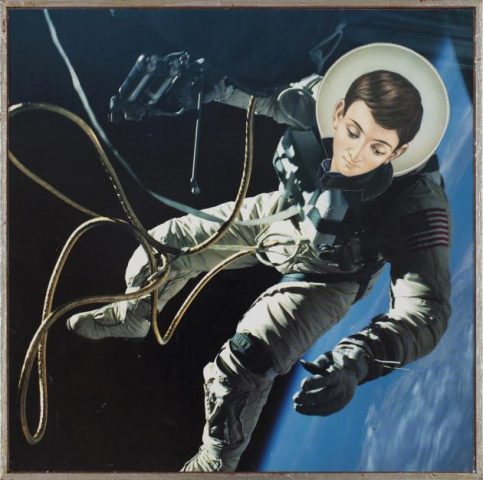 Cassini (with the Huygens probe attached) is launched from Cape Canaveral aboard a Titan IVB/Centaur rocket early on the morning of October 15.

Meanwhile on Earth, Colette Gaiter creates “SPACE|R A C E,” a multimedia project that looks into the relationships between the space program and the Civil Rights movement in the 1960s.

Cassini flies by Venus (twice) and the Earth and our moon, using the gravity of each to increase its speed in preparation for its launch to the other side of the Solar System.

Meanwhile on Earth, Ronald Jones’s “The Bed Neil Armstrong Slept in His First Night Back from the Moon” (1969 – 98) appears in his solo show at Metro Pictures.

Comments Off on RIP Cassini: A Space Art Obituary #ArtTuesday