Can the World Handle the Skyrocketing Demand for Lithium Batteries? 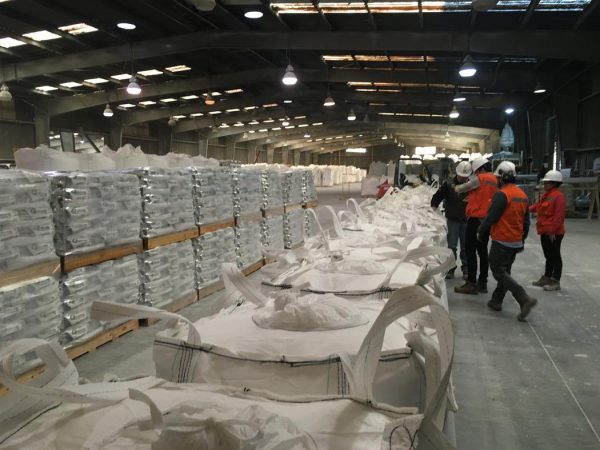 Lithium is “the new gasoline,” but our mining infrastructure isn’t designed to handle the electric car revolution.

Less than 1 percent of cars worldwide run electric, but they’re increasingly gobbling up Earth’s lithium-ion battery supply. Almost half of these batteries are used in the automotive industry, according to a new a analysis published Wednesday in Joule, the sister journal to Cell that addresses sustainable energy. The study argues that the world needs to start preparing for an influx of demand for these batteries, which are used in smartphones, electric cars, and off-grid systems, like Tesla’s Powerwall.

“Even before [the lithium-ion battery industry] went into these large sectors like automotive and grid it was growing at like a 20 percent growth rate,” Gerbrand Ceder, one of the study’s authors and a professor of materials science & engineering at the University of California, Berkeley told me over the phone. “Now that we’re seeing it be introduced in automotive it’s growing even faster.”

Lithium-ion battery consumption has grown 73 percent from 2010 to 2014, whereas production has only increased 28 percent, according to the study.

In short, the researchers estimated that over the next 15 years, there will likely be enough raw materials available to meet lithium-ion battery demand. But if we don’t work out supply chain issues, production could slow down—essentially delaying some of the world’s most promising alternative energy technologies.

The study’s authors used publicly available data to try and predict how much of the metals used in lithium-ion batteries would be needed to accommodate future demand for things like electric cars. Aside from the element in their name, lithium-ion batteries also also composed of other elements, including manganese, nickel, graphite, and cobalt.

The researchers found that cobalt—which is also used in iPhones—was most vulnerable to potential supply chain issues. Most of the world’s cobalt is found in the Democratic Republic of Congo, and is often mined under torturous labor conditions. In 2016, the Washington Post found miners, including children, worked around the clock using hand tools to extract the mineral.

Comments Off on Can the World Handle the Skyrocketing Demand for Lithium Batteries?