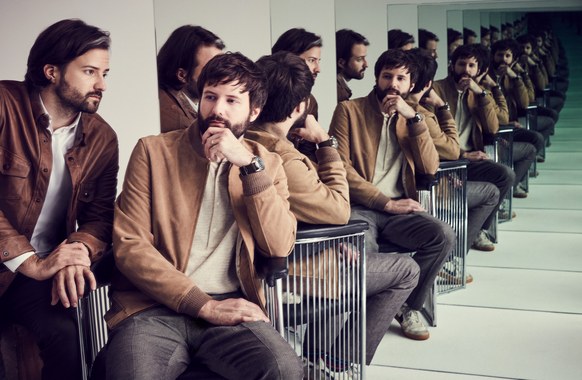 COEN. WACHOWSKI. DUPLASS. There are a lot of famous siblings making movies and TV together, but right now there’s only one name in the identical-twins category: Duffer. That would be Matt and Ross, the 33-year-old North Carolina natives who pitched Netflix the eight-hour Spielberg movie otherwise known as Stranger Things. One year and 18 Emmy nominations later, the writer- directors are heading into season two of the pulp-culture sleeper hit (premiering October 27) with more on their minds than finding an ’80s-shaped stone they haven’t yet overturned. “We’re trying to introduce concepts and ideas that can sustain us for at least a few more seasons,” says Matt. (He’s the one with longer hair.) There’s still plenty of Reagan-era nostalgia on deck, from Ghostbusters to Dragon’s Lair, but the cast is deeper—and the Upside Down upside-downier than ever. “We’re dealing with another dimension,” Matt says, “so anything is possible.” Anything, it turns out, but delaying puberty in your teenage stars.