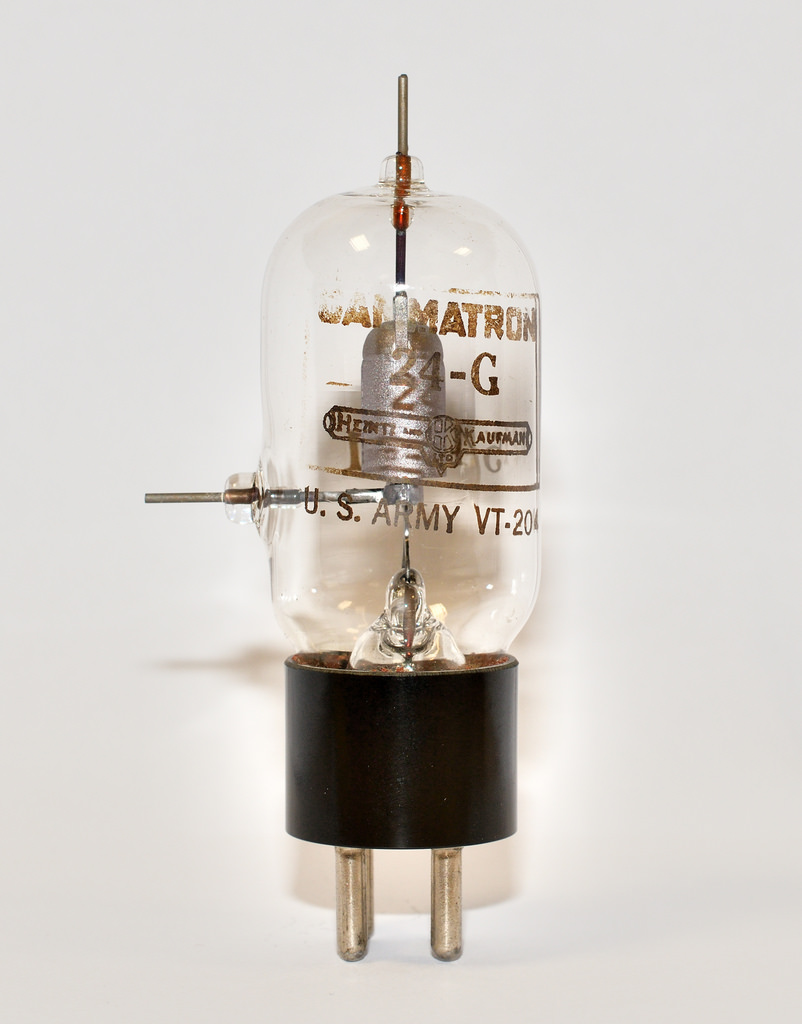 Thanks to Giles Read for posting this photo here on Flickr – it’s great. Also thanks for enlightening me to the existence of a National Valve Museum in Britain!

I found this Gammatron 24-G (VT-204) tube at work, along with several siblings and a lot of other valves. I thought this one looked particularly nice because its construction so clearly shows that it’s a triode.

This valve (vacuum tube) type was introduced in 1945 and was intended for transmitters of up to about 30-40W (some sources say 25W) at up to about 60MHz, although it was characterised up to 200MHz. That was quite high frequency engineering for the time (although radar systems operating into the GHz ranges were developed during the War, general-purpose power devices for VHF were still relatively few and far between).

The British National Valve Museum has a page on this device, and even a scan of its datasheet. It’s interesting to note that the datasheet shows a slightly different construction, with the grid pin taken down through the base rather than out of the side of the envelope as shown here. My guess is that this allowed higher frequency operation by reducing cathode-grid capacitance.

It’s notable in that the “Type 24 Gammatron” (as its datasheet formally calls it) has its internal electrodes made from tantalum and is evacuated to hard vacuum without using a ’getter’ to get the last few atoms of gas out. In use, the tantalum cone was normally expected to run cherry-red hot!

This is one of the first moderately serious photos I’ve taken with my shiny new Nikon D850 camera.