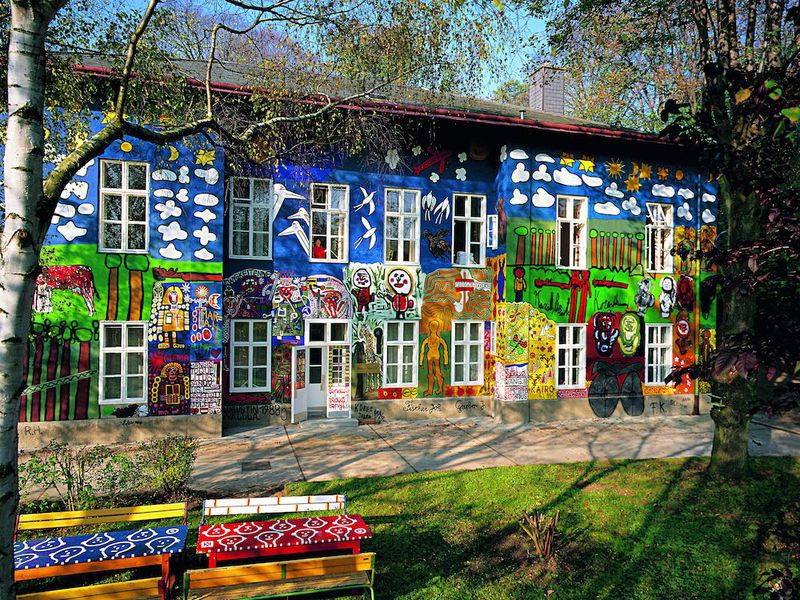 Dubbed Art Brut or “Raw Art” by Jean Dubuffet, a prolific French painter and sculptor, the movement slowly gained traction throughout Europe during the first half of the 20th century. But there was one place in particular that would eventually become a major epicenter. At one time known as the Maria Gugging Psychiatric Clinic (today, it’s called Art Brut Center Gugging), this cultural center in the town of Maria Gugging, Austria, located a short drive north of Vienna, was once a psychiatric institute that used art therapy as a form of treatment for its patients.