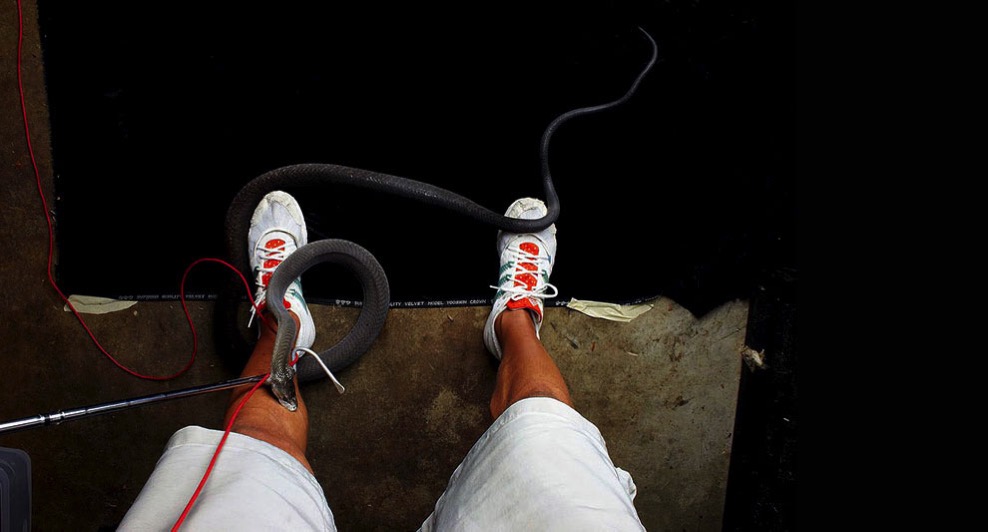 Via Design You Trust

American professional photographer Mark Laita is not a snake owner or enthusiast but his admiration of snakes’ textures and formal qualities rivals that of any herpetologist. It’s an admiration that is on display in his book, “Serpentine”. The book is a collection of gorgeously lit snakes against a black backdrop.

“My intention was to explore color, shape and movement, using snakes as a subject, but of course herpetologists will probably enjoy these photographs as well,” says Laita, a Los Angeles photographer known for his stunning studio compositions.

According to Wikipedia, Mark Laita was bitten on the leg by a black mamba during a photo-shoot of a black mamba at a facility in Central America. The bite ruptured an artery in his calf, which bled profusely. Laita did not go to the doctor or the hospital, and except for the swollen fang marks giving him intense pain during the night, he was not affected and was fine physically.

This led him to believe that either the snake gave him a “dry bite” (a bite without injecting venom) or the heavy bleeding pushed the venom out. Some commenters on the story suggested that it was a venomoid snake (in which the venom glands are surgically removed), but Laita responded that it was not. Only later did Laita find that he had captured the snake biting his leg in a photograph. 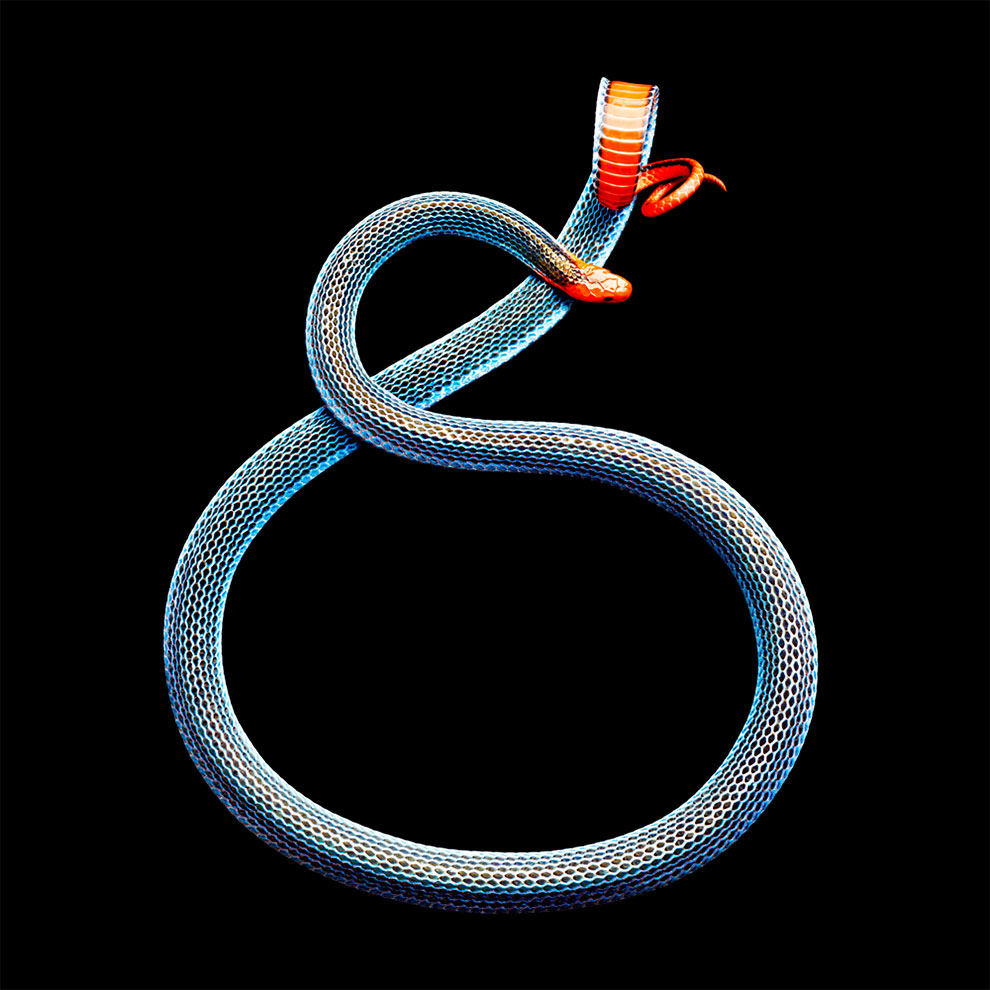