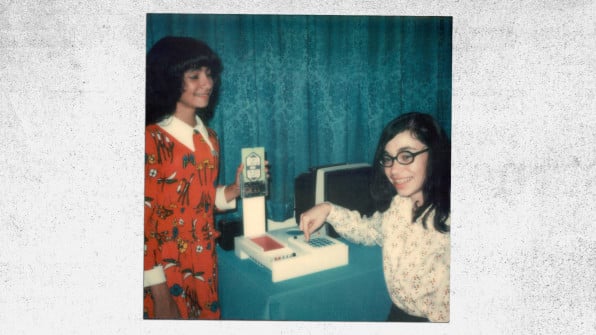 One of the first video game programmers was a young woman who’d recently graduated from high school.

Forty years ago, consumer electronics giant RCA released the Studio II, a programmable video game console that, along with the Fairchild Channel F, pioneered the use of ROM cartridges as interchangeable game media.

RCA’s console never rivaled the impact of Atari’s VCS, Magnavox’s Odyssey, or Mattel’s Intellivision, and few people remember it today. But the true story behind it is fascinating. Its underlying technology began in 1969 as a personal computer developed at home by one man with a vision, Joseph Weisbecker. His daughter, Joyce, ended up being the earliest known female developer who wrote video games and got paid for it.

Joyce Weisbecker’s work—which I was alerted to by a fellow tech historian, Marty Goldberg—is so little known that back in 2011, I declared Carol Shaw, who worked at Atari beginning in 1978 and later designed Activision’s classic game River Raid, to be “the first female professional video game designer.” Though Shaw’s work remains historically significant, it turns out that Joyce Weisbecker’s work predates it by roughly two years.