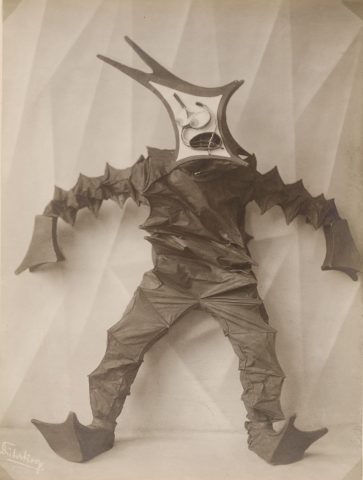 In 1920s Hamburg, a dancer couple created wild, Expressionist costumes that looked like retro robots and Bauhaus knights. The dancers were Lavinia Schulz and Walter Holdt, and through the new Museum für Kunst und Gewerbe Hamburg (MKG) online collection, their tragic, forgotten story can be rediscovered. 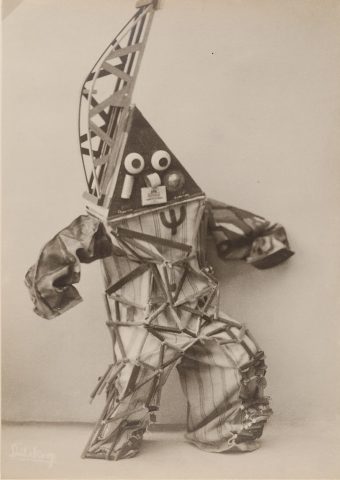 The 1924 series of photographs of their costumes by Minya Diez-Dührkoop, herself a fascinating figure who took over her father Rudolf Dührkoop‘s Hamburg portrait studio in the early days of photography, are among thousands of public domain items released by MKG online this month. “With its MKG Collection Online, the Museum für Kunst und Gewerbe is the first museum in Germany offering out-of-copyright images under the Creative Commons license CC Zero,”Antje Schmidt, MKG Sammlung Online director, told Hyperallergic. “To make new cultural creation possible it is important not only to make this content accessible, but usable.” 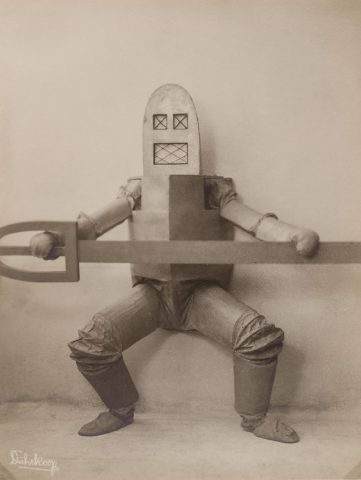 Eventually MKG hopes to have its entire collection searchable online with high-resolution images, and open-use where possible. In addition to Diez-Dührkoop’s photographs of the dancers, the German museum holds the costumes themselves. They were acquired after the couple’s death in 1924, the very year the images were shot, and not rediscovered in their boxes until the 1980s.