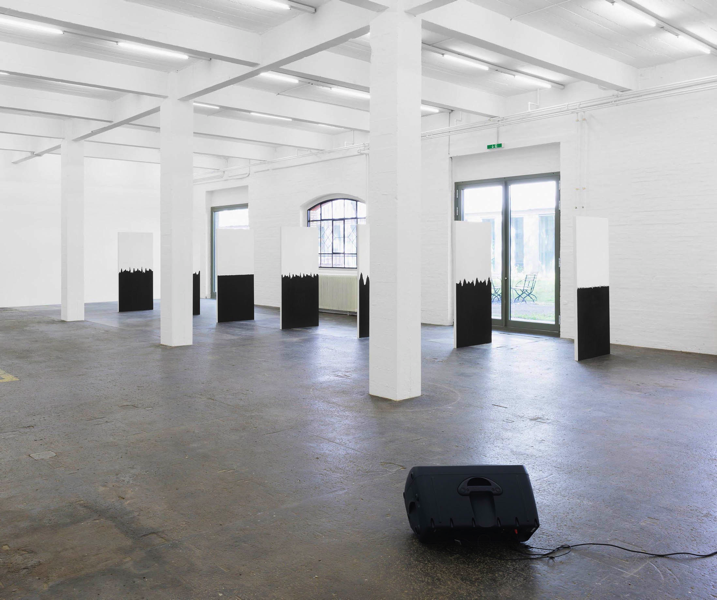 Most galleries do their utmost to get the artists they represent into museum collections. It increases prestige for everyone involved and, in the case of young artists, helps solidify their reputations as legitimate subjects to collect: Someone good enough for the Museum of Modern Art is good enough for everyone else.

Few dealers, though, could dream of the level of institutional attention that’s been lavished on 32 year-old Lawrence Abu Hamdan, an Amman, Jordan-born, Europe-based artist who’s made waves ever since his The Freedom of Speech Itself, a documentary project that tackled Britain’s use of voice analysis to vet asylum seekers, was considered significant enough to be submitted to the U.K.’s official asylum tribunal as evidence. (Abu Hamdan also testified as an expert witness.)

Since then, his work has been exhibited in dozens of institutions, including the Whitechapel Gallery in London, the New Museum in New York, and the Moderna Museet in Stockholm and has been acquired by a laundry list of the world’s top museums, such as New York’s MoMA and Guggenheim museums, the Centre Pompidou in Paris, and the Van Abbemuseum in the Netherlands.

In October, London’s Tate Modern announced that it would acquire Abu Hamdan’s Rubber Coated Steel as a part of its Frieze acquisitions. The work is a “wonderful, complex installation,” says Tate curator Andrea Lissoni in an accompanying video on Frieze.com. “[Abu Hamdan] is interested in understanding how sound can be a fundamental device to interrogate the representation of reality.”

Read more and we highly encourage you to check out more of Lawrence Abu Hamdan’s work on LawrenceAbuHamdan.com