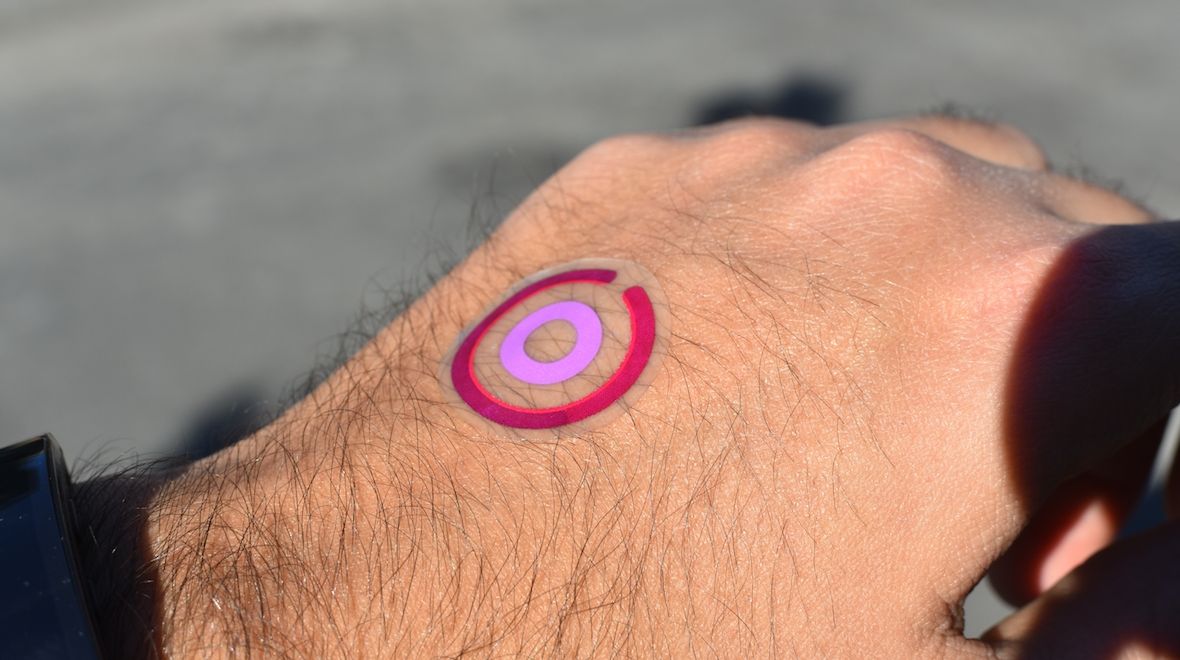 Skin cancer is one of the most common types of cancer, with over 5.4 million new cases each year in the US – so there’s a good reason you should be slapping on that lotion when the sun is beating down.

LogicInk is hoping to show people just how damaging the sun can be with its new Logic UV temporary tattoo. On a warm San Francisco day in the middle of a heatwave, I trekked over to Logic’s headquarters to get some hands-on time with the tattoo.

Does it actually work, and can it actually help you avoid damaging UV rays? Let’s find out.

Carlos Olguin, LogicInk’s co-founder and CEO, handed me a small purple envelope. Inside of it was just a couple of materials: The Logic UV and some instructions. I slapped it on the backside of my hand and peeled the protective layer off.

Wearing it is a little like putting a sticker on your hand, and people are definitely not going to confuse this with an ink stamp or henna. There are two indicator rings in the middle, and the rest is clear. The inner ring is white and will turn various shades of purple in the sun. The outer ring is divided into three segments, and they will turn bright pink to let you know you’ve had your fill of sun for the day.

Olguin escorted me outside, and as I stepped into the shade just beyond the front door I looked at the tattoo. It turned to a light pink. There was no sun on me; I was in the shade, as was the tattoo. Yet the tattoo was telling me I was still absorbing UV rays. When you’re going about your day, it’s instinct to head for shade or shaded areas when the sun feels like it’s going to melt off your skin. Usually, you feel safe and comforted – but, as the Logic UV showed me, you’re still getting those UV rays. Olguin says that for many people this was a particularly surprising revelation during research, as they were constantly surprised by where they were touched by UV rays – even under an umbrella.

As I stepped into the sun directly, the inner ring got darker. Then, Olguin pulled out a trick. He gave me some sunscreen to lather directly to the Logic UV, advising me to apply it on only half of the tattoo. I went back into the shade and saw that it had become two-toned. The half with sunscreen was white, while the half without sunscreen was still pink.

Basically, the Logic UV is always telling you how much UV you’re being exposed to, and it adjusts based on the elements. This works in the shade, in the water, in direct sunlight and even with sunscreen.

The outer ring tells you when you’ve had your fill in the day. I wasn’t able to try this, as I didn’t get to play with the Logic UV for a full day, but Olguin tells me it’s dependent on your skin type. Each of the three segments corresponds to a different type, you see; The first segment is for fair skin, the second is for medium skin and the third is for dark skin.