This Guy Makes the Best Pokémon Costumes for Halloween 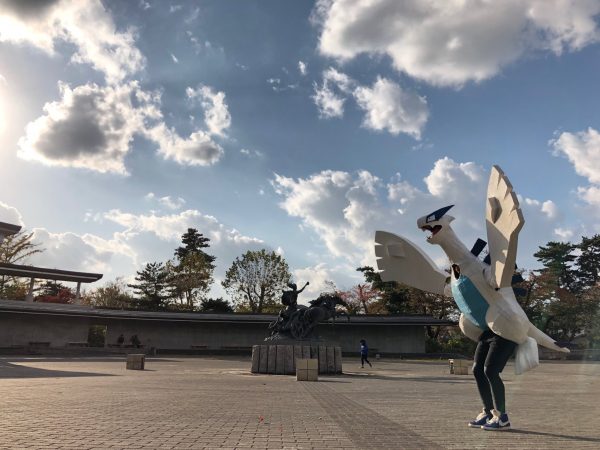 When Halloween rolls around, Shuuto, a.k.a. Twitter user @05white0alex21, embraces his inner Pokémon. Every year since 2015, he’s used his skills to make a complex costume depicting one of the pocket monsters. This time around, he became Lugia. As you can see in the below video, the build has fully functional flapping and moving wings.

I like this continuation of a theme. With so many creatures in the Pokédex, Shuuto has options to keep him busy and challenged for years to come.