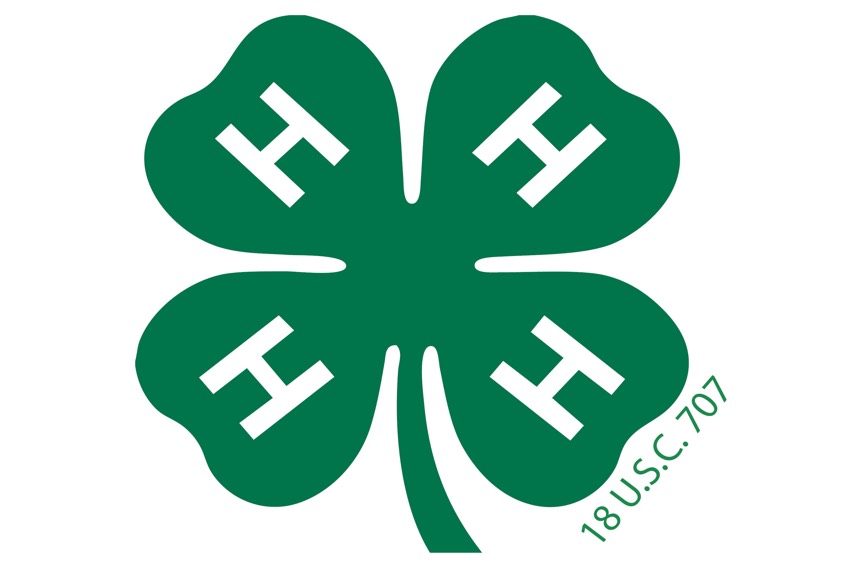 Limor and I were talking with some folks about 4-H so figured I’d do a post about this fantastic organization. What’s 4-H? STEM and Agriculture, Healthy Living, and Citizenship –

Such an honor to give the keynote at the @4H Youth #Maker Summit tonight. And then I got to make this! ?? pic.twitter.com/TwhvdPIm4L

If ya’ll watch our shows and blog, you’ll remember Dorothy Jones-Davis Ph.D, Executive Director, Nation of Makers. One of the best things in about Dorothy’s work is the community-connecting she does. The day before Dorothy tweeted this video of a 4-H electronics badge, I was on a call with a large company that is doing a lot of great work with STEM (specifically, young kids coding). I talked about the rewarding experiences I had as a kid in Florida with 4-H and how sensors, IoT, environment, STEM, it’s all part of 4-H past, present, and future! You just do not hear a lot about 4-H in the Silicon Valley world which dominates the press, even when they’re talking about youth and STEM. I said we’d figure out a way to work with 4-H and even mentioned Nation of Makers, so the timing was great. We’re actively trying to find some contacts at 4-H to do projects and more together – if you know anyone let us know.

Transport yourself in time and space to over 30 years ago, where I grew up in a tiny town called Inverness, Florida, located in Citrus County. Inverness was basically a swamp. That’s not a bad thing sometimes: there was a lot of agriculture and it was a rural area with tons of farms. The public schools had 4-H, gardens, farming, and livestock. The 4-H clubs had outdoors and environmental sciences as part of the activities. There were 4-H clubs with rockets, photography, computers, electronics, citizenship, community volunteer work. There were wildlife groups and horse clubs. The internet wasn’t around yet, but it was the start of personal computers and more. I happen to be a kid where all these things would or could intersect. There were days I would be in computer club, recording a program to a cassette tape, and then after that, taking care of my chickens, rabbits, and maybe even a horse. I remember being in “REACH” class making a radio when the Challenger was lifting off. We were allowed to walk outside to see the Shuttle since it was view-able from our school. Everything was possible it seemed at times, sometimes reality crushed that. My childhood was terrible but, if I kept busy, I didn’t dwell on it. Being in and out of foster care, divorced parents… the only thing that was consistent was the activities I could be part of like 4-H and in-school/after school clubs with adults that cared about me. They knew what was going on and kept me busy.

At the yearly Citrus County Fair, there were chicken and rabbit competitions, along with the fair itself. I could show off a rabbit and then go play carnival games I was learning how to out-smart. Rope ladder: don’t use the rungs. Dart balloons: go for edges, the best prizes are hidden there! This is what a 10 year old thinks about a lot. 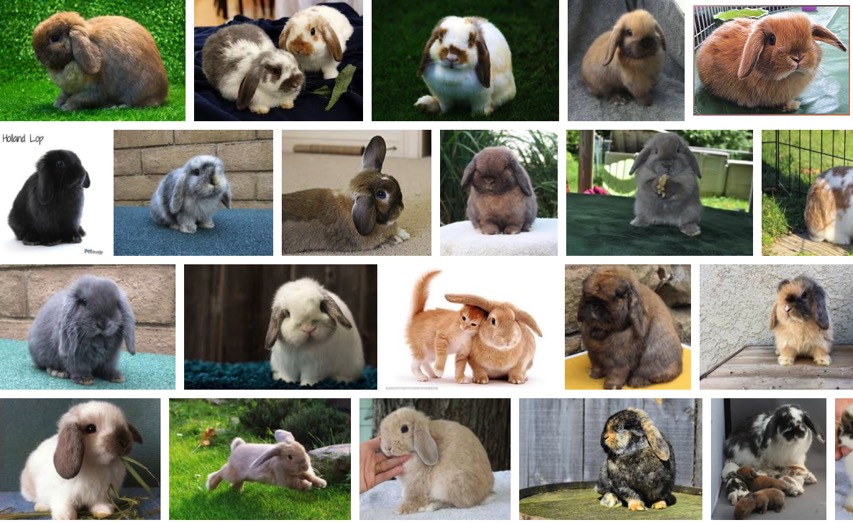 Anyways, I raised a few type of animals. Holland Lops are these super cute rabbits with floppy ears (pictured above, google search/images). They’re not for eating, they’re for raising and as pets. Part of 4-H was picking the type of rabbit to raise, this was Rabbit Showmanship.

I remember learning that you need to check the rabbits for signs of illnesses, learn about what makes a rabbit healthy, learn about genetics, work with a breeder who has experience with rabbits for 4-H. You form a relationship with the breeder, because ultimately you’ll need more rabbits and/or you’ll be selling rabbits back if you’re a successful rabbit breeder. It becomes a little business. There was trading, working to pay off a rabbit with a payment plan, there are rabbit pedigrees to inspect, references to follow up on. There are other breeders and customers to meet, there was an almost offline-rabbit-Yelp on who was the best to get your rabbit from!

At the yearly County Fair, you would eventually show off your rabbit and are judged. That is the culmination of how well you took care of the rabbit, how you work with the rabbit and what type of person and rabbit you’re sharing with the world. You even get quizzed about the rabbit and the breed.

I built enclosures for my rabbits and shared plans with other kids and breeders (Open Source Rabbit Housing!) I tried to keep the rabbit satisfied and active, with basic automation for things like water, salt licks, food. I remember making enclosures and trading one for an actual rabbit I wanted. I did A/B testing for water intake with salt licks present and without. What rabbit toys they liked and a rabbit diary to log trends (blogs were not invented yet, and there wasn’t IoT data services either – there wasn’t even cell phones!) 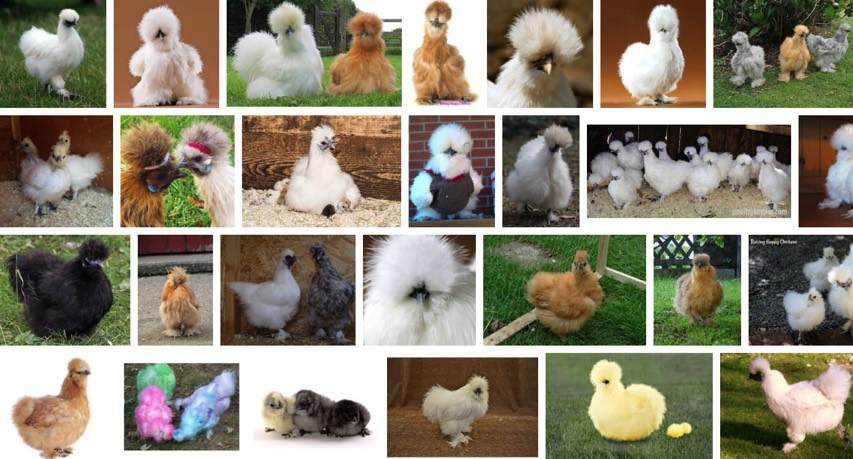 The other type of animals I raised were Sikie Chickens (pictured above, google search/images). 4-H Poultry Showmanship. They’re super-chill chickens with hair-like feathers, they have 5 toes (most chickens have 4). Some Silkie’s have beards, some do not. These chickens can’t fly, and don’t really lay eggs, but they will take care of other chicken breeds. The originally came from parts of Asia and like the lops, they’re pets, not for eating. Same drill as the Holland Lops, you gotta know all about your chicken friend and be prepared to present that.

During the presentation, you’re standing there holding a chicken, talking about it, you’re judged on how well you can handle the chicken, that it’s not freaking out, and you become a chicken Wikipedia. Imagine that you’re 10-years-old doing a chicken tour, presenting your chicken like a powerpoint. This was your friend you’ve been taking care of, now you’re ready to share what you know. If you can present this chicken and chicken-info well, you win!

One time a panther or a fox ate 3 of my chickens, so I was focused on constructing a coop to avoid it from happening again. To avoid getting your chickens nabbed, it’s important to design an enclosure that predators would find challenging to get in to. Add layers of chicken-security with lights and noise that are triggered by motion or opening a door. Stick to a schedule to keep chicken exposure minimal during predator’s hunting hours. After much research and work, my chickens were safe and didn’t get eaten again. I wasn’t mad, I just knew that was the opportunity to learn how to avoid it if I worked hard enough. Why let a chicken crisis go to waste? 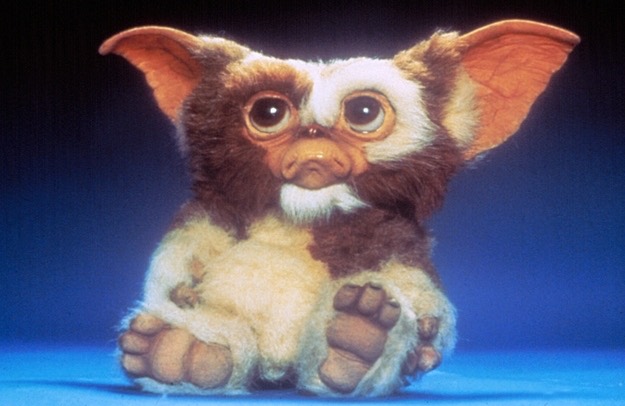 Gremlins came out in 1984, I was 9. These critters were as close as I could get to being friends with Gizmo the Mogwai.

I took care of other animals, but the Holland Lops and Sikies were my favorite. I know I wouldn’t be doing any of what I do today and how I do it if it wasn’t for the 4-H clubs. I wish I were a kid now and could it all over with the technology we have now. It would be so amazing and fun to have Internet-of-Chickens!

I’m sending some emails to 4-H this week and I’ll be including this post. From Maker Faire to working with Limor on Adafruit on electronics for kids, I think there’s so much open-Source hardware, sensors, IoT, and the general “be excellent to one another” our communities can do together. I’d like to do a green clover 4-H version of CircuitPlayground with adafruit.io for taking care of rabbits and chickens with built-in data-logging and open-source plans on learn.adafruit.com for enclosures and more. Solar projects and citizen projects for food & water testing. Blockchain verification for Holland Lop breeds! (Just kidding. Maybe….)

On a closing note and getting us back to the first part of this – electronics with the 4-H logo! What is interesting is the 4-H logo is unlike any trademark or copyright you usually see, and that’s why when you see the logo, you’ll always see “18 USC 707”

The 4-H Name & Emblem is a highly valued mark within our country’s history. As such, it was granted a very unique and special status; it is in a category similar to the Presidential Seal and the Olympic Emblem. This federal protection makes it a mark into and of itself with protection that supercedes the limited authorities of both a trademark and a copyright. As a result, responsibility and stewardship for the 4-H Name & Emblem were not given to the U.S. Patent Office but were given to a higher level of the federal government, a member of the Cabinet, the Secretary of Agriculture. The Secretary has responsibility for the 4-H Name and Emblem, at the direct request of Congress. The “18 USC 707” is the statement in the United States Code that outlines the protection of the 4-H Name & Emblem.

So that means the 4-H LED kit badge from the beginning of this post is the first hardware that I am aware of that has that type of protection, ever!

There are a couple other interesting ones too. 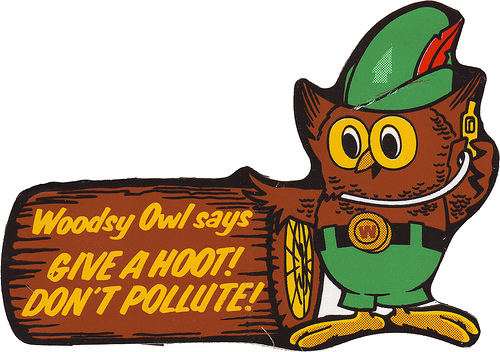 Smokey Bear is protected by Federal law (PL 82-359, as amended by PL 93-318). He even has his own private zip code 20252. The only other individual with his or her own zip code is the President of the United States.