The City of the Future Is Hiding in the Arizona Desert 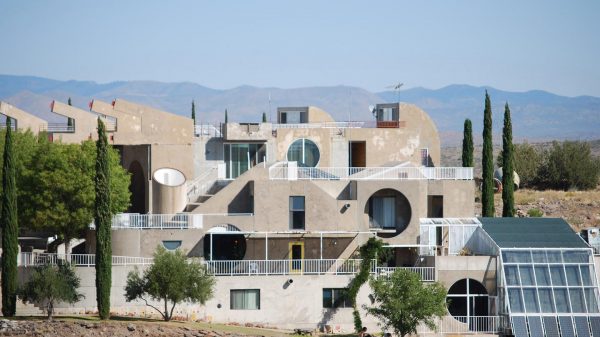 Paolo Soleri’s radical experiment in urban planning has been running in the middle of the Arizona desert for nearly 50 years.

In the museum of vaporware from the twentieth century’s imaginarium, one will find a suite of technologies doomed to be perennially futuristic: personal jetpacks and flying cars, moon bases and generation ships, teleportation, and fusion energy. As for the museum itself, it will be an arcology: A building whose design is informed by its local environment, and the poster child of futures that never materialized. 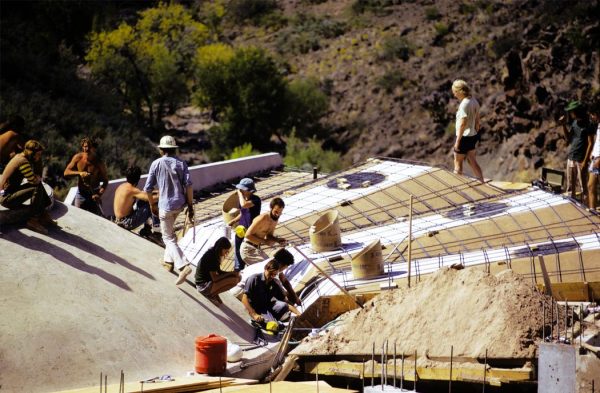 A portmanteau of ‘architecture’ and ‘ecology,’ arcology was first theorized by the Italian architect Paolo Soleri in the late 1960s. Billed by its creator as the blueprint for a “city in the image of man,” arcologies challenged the notion of the urban environment as something separate from and antagonistic to nature. In Soleri’s cities, cars would be useless and the very notion of roads would be abolished as divisive constructs. Work and living spaces would be nearly indistinguishable. There’d be no need to ever use a light bulb during the day or air conditioning during the summer, even in the desert.