Daring Escapes and Sensational Illusions: Posters from the Golden Age of Magic #ArtTuesday 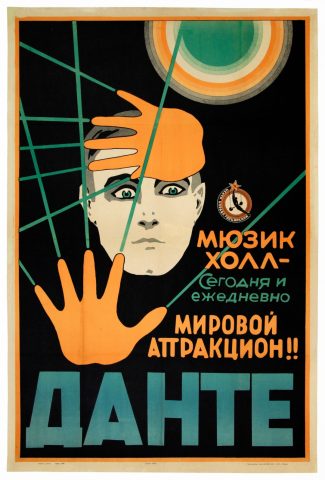 The “Golden Age” of magic coincided with the heyday of the lithographic poster, and acts involving levitation, decapitation, escapes, hypnotism, and other illusions were lavishly advertised. Illusions: The Art of Magic, out now from Abrams, features 250 examples of these illustrated posters, dating from the 19th to early 20th centuries, as well as a series of essays exploring the history and visuals of magic. 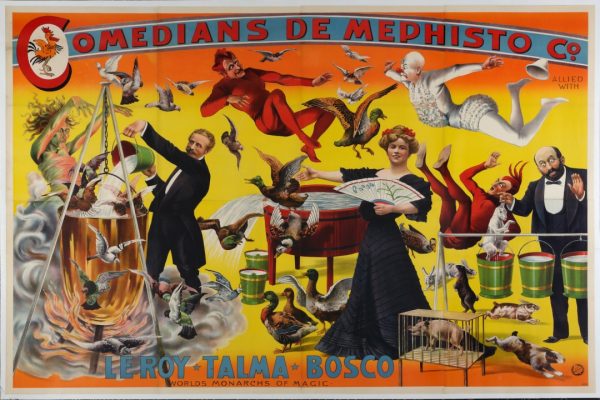 The book, edited by Suzanne Sauvage, Christian Vachon, and Marc H. Choko, is published in conjunction with an exhibition of the same name currently at the McCord Museum in Montreal. The museum holds the Allan Slaight Collection, which includes over 600 posters, along with more than 1,000 documents related to Harry Houdini. The legendary escape artist does appear in Illusions, upside down in the water-torture cell or escaping after being buried alive, but there are numerous names that are now obscure. Ersy Contogouris, assistant professor at the Université de Montréal, explores the women whose names “have largely been left out of magic histories.” 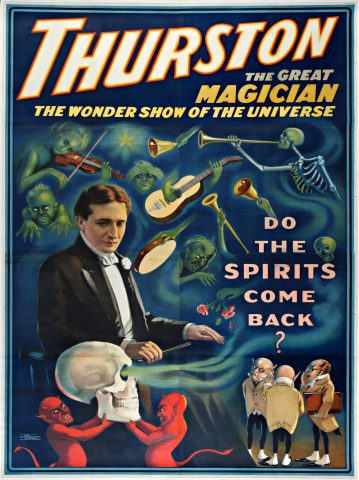 Comments Off on Daring Escapes and Sensational Illusions: Posters from the Golden Age of Magic #ArtTuesday