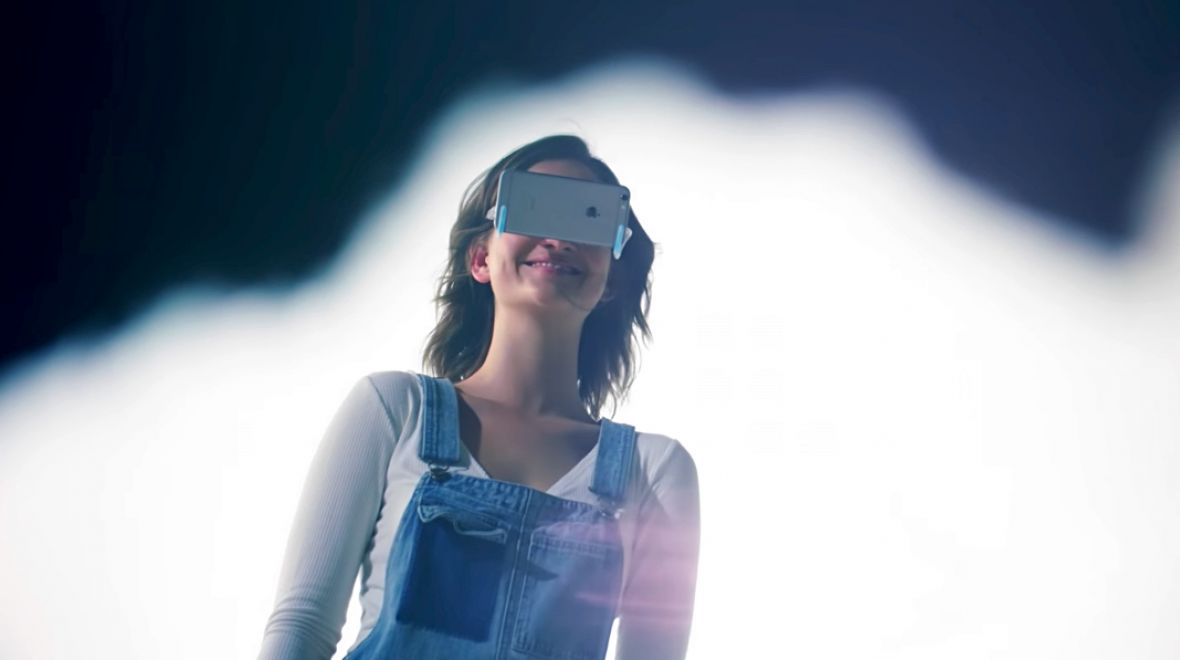 Roland Emmerich movies like Independence Day, 2012 and Stargate wowed audiences with immersive set pieces and explosive action. But while stepping through a wormhole sounds like a perfect concept for VR, Emmerich’s new startup company VRenetic – pronounced “frenetic”, and co-founded by fellow Hollywood producer Marco Weber, doesn’t focus on producing cinematic VR films at all. Really, it’s about making you the director.

Emmerich and Weber have created VResh (“fresh”), a VR app that works with a pair of plastic glasses to lets users watch livestreamed 360-degree VR content with any smartphone in the world. They can also edit, augment and publish streams to social media, and even directly connect with other smartphones for virtual conference calls. They claim this is the first VR app to offer “peer-to-peer VR livestreaming” with synchronous two-way audio, and make it accessible to virtually all smartphone users.

I visited Emmerich, Weber, and VRenetic Product Manager Eli Park in New York City to try out their new software demo, pick Emmerich’s brain about the future of VR, and learn more about how they plan to improve VResh before its launch in early 2018.

VResh is device-agnostic, so anyone with an iPhone or Android smartphone and a VRenetic lens or 360-degree camera attachment will be able to livestream VR content, and any VR-enabled device will be able to receive it.

I spoke briefly with Weber and Park about the app before swapping my prescription glasses for a pair of lightweight plastic lenses, as shown above, with a smartphone attached. With this device, you get Cardboard-level VR, but unlike your usual VR experience you aren’t stowed away inside a virtual void. As I opened up the VResh app and surveyed the interface, I could still see Weber and Park watching me, grinning, as I spun around. So there’s a semi-AR element to it.

Weber explained that keeping users from becoming too immersed in VR is a feature, not a bug, especially for their target audience: teenagers. Their teen focus group “had fun with VResh because it didn’t isolate… they’d say, ‘Hey, I’m still in the room, still speaking with my friends, as I experience this.'” They want VR to be something you can enjoy socially while out in the real world, not just indoors.

VRenetic purchases its glasses from Stimuli VR, which has already mass produced 5000 glasses for its beta launch. The glasses don’t exactly look secure, but the hinges at the end of the glasses latch on to smartphones strongly enough that you can shake, spin, or flip them without losing your phone.

Read more about the experience here!