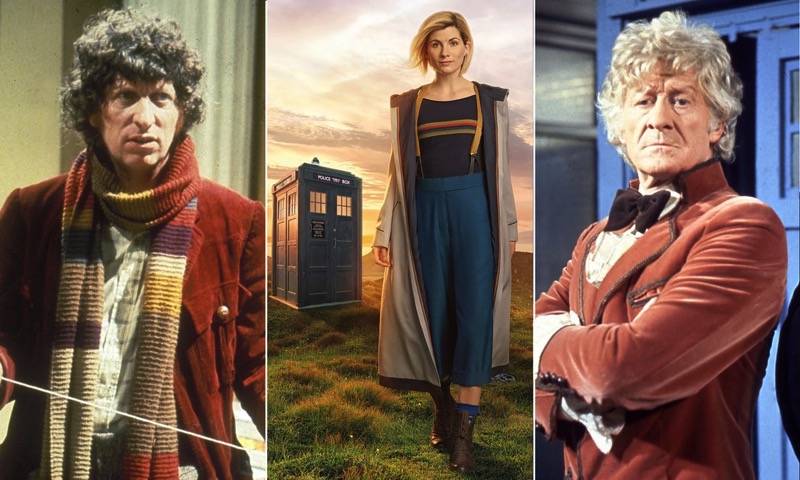 The Guardian offers up an opinion on the newest Dr. Who’s fashion choices. They are especially skeptical of the yellow braces (or what us Americans refer to as suspenders).

Every Doctor worth their Tardis has to have a signature. For the first Doctor, played in 1963 by William Hartnell, the look was a Dickensian cravat tied around his wing collars in a neat bow. He also liked the occasional monocle. The most memorable doctors have boasted instantly recognisable looks. For third Doctor Jon Pertwee, it was a dash of Liberace with big hair, ruffled dress shirt, bowtie and velvet smoking jacket. The fourth Doctor (I would argue that the golden age was 1974-78) was an opportunity for Tom Baker to cast off his construction site overalls and go through the BBC dressing-up box. He was a true style leader; his maxi coat, beaten up hat and that handknit stripey scarf could well have inspired Richard E Grant’s look in Withnail and I.