Although this wearable tech project looks futuristic, it is actually in response to a growing problem in New Zealand, according to its creators at School of Design, Victoria University of Wellington. It is called Sol-Armour, and the name gives it away.

The goal of this project is to raise awareness of the growing problem of global warming in New Zealand, where harsh UV levels cause high skin cancer rates.

The real beauty of the piece is the motorized nested hood that is triggered by a UV sensor with an Arduino. The palette is also striking, with earthy gray and touches of gold, even in glints between the helmet platelets. I’ve certainly blogged a number of projects now from this school and if there is one thing I could say that they all have in common is interesting textures. It’s nice to embed electronics, but when the form becomes a functional sculpture it is so much more. Thanks for continuing to challenge the potential for wearable tech. Also, I hope that there is an opportunity for this project to exhibit at a health or cancer conference as it is a relevant topic for many. Congrats to William Harris, Isabella Kofoed and Roisin Pearson for work the world needs to see now. If you have an interest in creating a project around UV, take a look at our learning guide for the Sunscreen Reminder Hat. It sounds crazy, but you can make a hat that will play a little tune when you’ve reached your peak for rays. Summer isn’t the only time when the sun shines, so get your guard on with a FLORA microcontroller and a UV sensor. 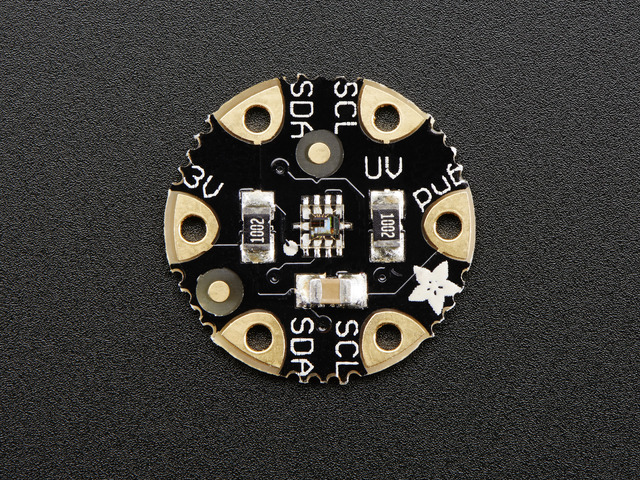