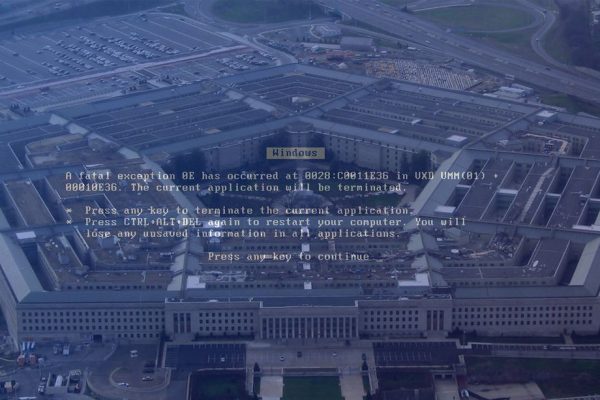 Nestled hundreds of pages into the proposed bill to fund the Department of Defense sits a small, unassuming section. The National Defense Authorization Act for Fiscal Year 2018 is the engine that powers the Pentagon, turning legislative will into tangible cash for whatever Congress can fit inside. Thanks to an amendment introduced by Sen. Mike Rounds of (R-SD) and co-sponsored by Sen. Elizabeth Warren (D-MA), this year the NDAA could institute a big change: should the bill pass in its present form, the Pentagon will be going open source.

“Open source” is the industry term for using publicly accessible code, published for all to see and read. It’s contrasted with “closed source” or “proprietary” code, which a company guards closely as a trade secret. Open source, by its nature, is a shared tool, much more like creative commons than copyright. One big advantage is that, often, the agreements to run open-source software are much more relaxed than those behind proprietary code, and come without licensing fees. The license to run a copy of Adobe Photoshop for a year is $348; the similar open-source GNU Image Manipulation Program is free.

We don’t typically think of the Pentagon as a software-intensive workplace, but we absolutely should. The Department of Defense is the world’s largest single employer, and while some of that work is people marching around with rifles and boots, a lot of the work is reports, briefings, data management, and just managing the massive enterprise. Loading slides in PowerPoint is as much a part of daily military life as loading rounds into a magazine.

Besides cost, there are two other compelling explanations for why the military might want to go open source. One is that technology outside the Pentagon simply advances faster than technology within it, and by availing itself to open-source tools, the Pentagon can adopt those advances almost as soon as the new code hits the web, without going through the extra steps of a procurement process.

Open-source software is also more secure than closed-source software, by its very nature: the code is perpetually scrutinized by countless users across the planet, and any weaknesses are shared immediately.