Thinking Machines: Art and Design in the Computer Age, 1959–1989 @museummodernart

“Thinking Machines: Art and Design in the Computer Age, 1959–1989” explores the postwar rise of advanced mainframe technologies, and how artists have been at the vanguard of using computing to develop new forms and reinvent traditional modes of artistic production. Join us for a conversation about the connections between art making and computing since the 1960s, with a focus on women artists and designers.

Participants include artist Beryl Korot, whose innovative video installation “Text and Commentary” (1976–77) draws together artistic practices ranging from weaving to computing; Zabet Patterson, Associate Professor, Art History and Criticism, Stony Brook University, and author of Peripheral Vision: Bell Labs, the S-C 4020, and the Origins of Computer Art (MIT Press, 2015), a material and technological history of art and science at Bell Labs; and artist Tamiko Thiel, lead designer of the CM-2 Supercomputer (1987), a commercially produced device that marked a significant advance in the history of data processing. The conversation will be moderated by MoMA exhibition organizers Sean Anderson, Associate Curator, Department of Architecture and Design, and Giampaolo Bianconi, Curatorial Assistant, Department of Media and Performance Art.

“CM-2 Supercomputer” is among the notable examples of computer design now on view. Produced in 1987, it was powered by 512MB of RAM, and a hard disk that stored up to 25GB. #ThinkingMachines pic.twitter.com/WC4VL7xO0z 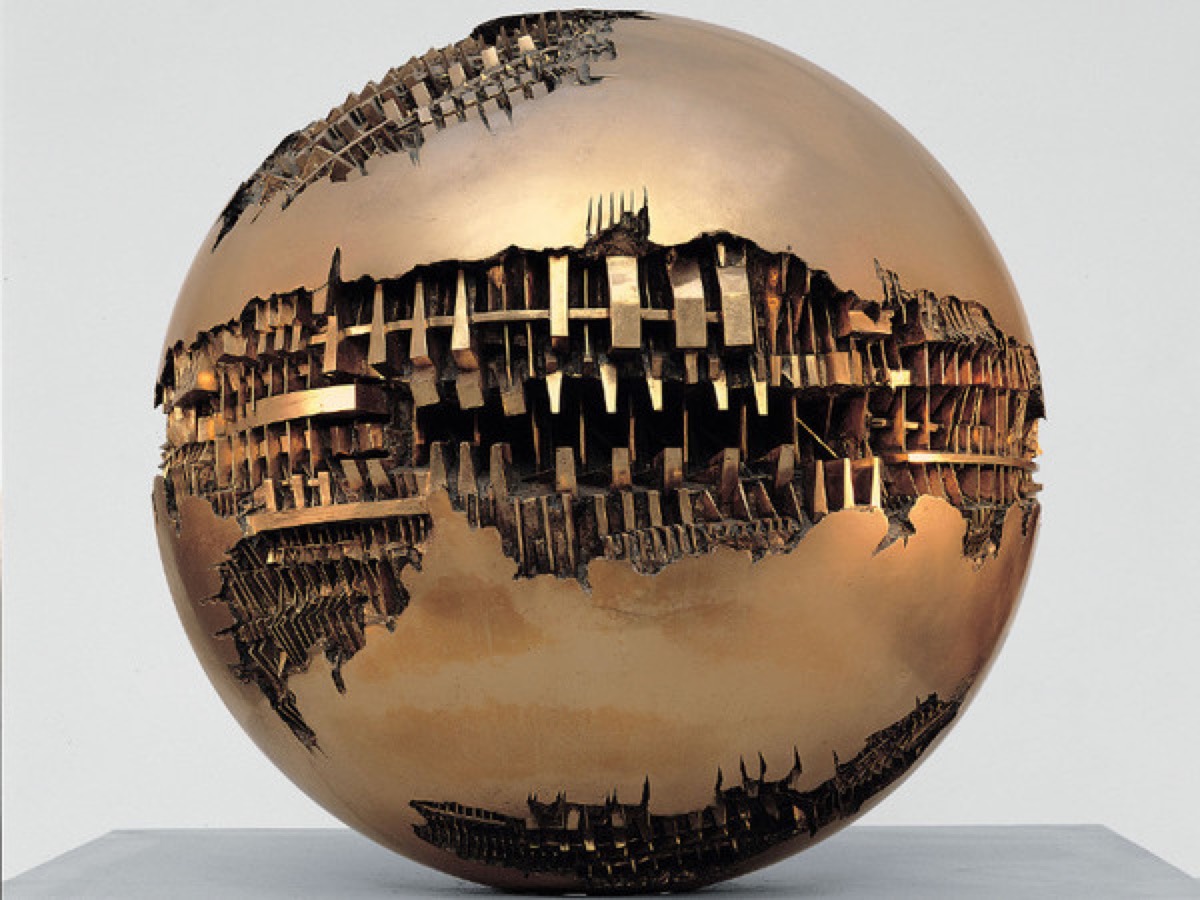 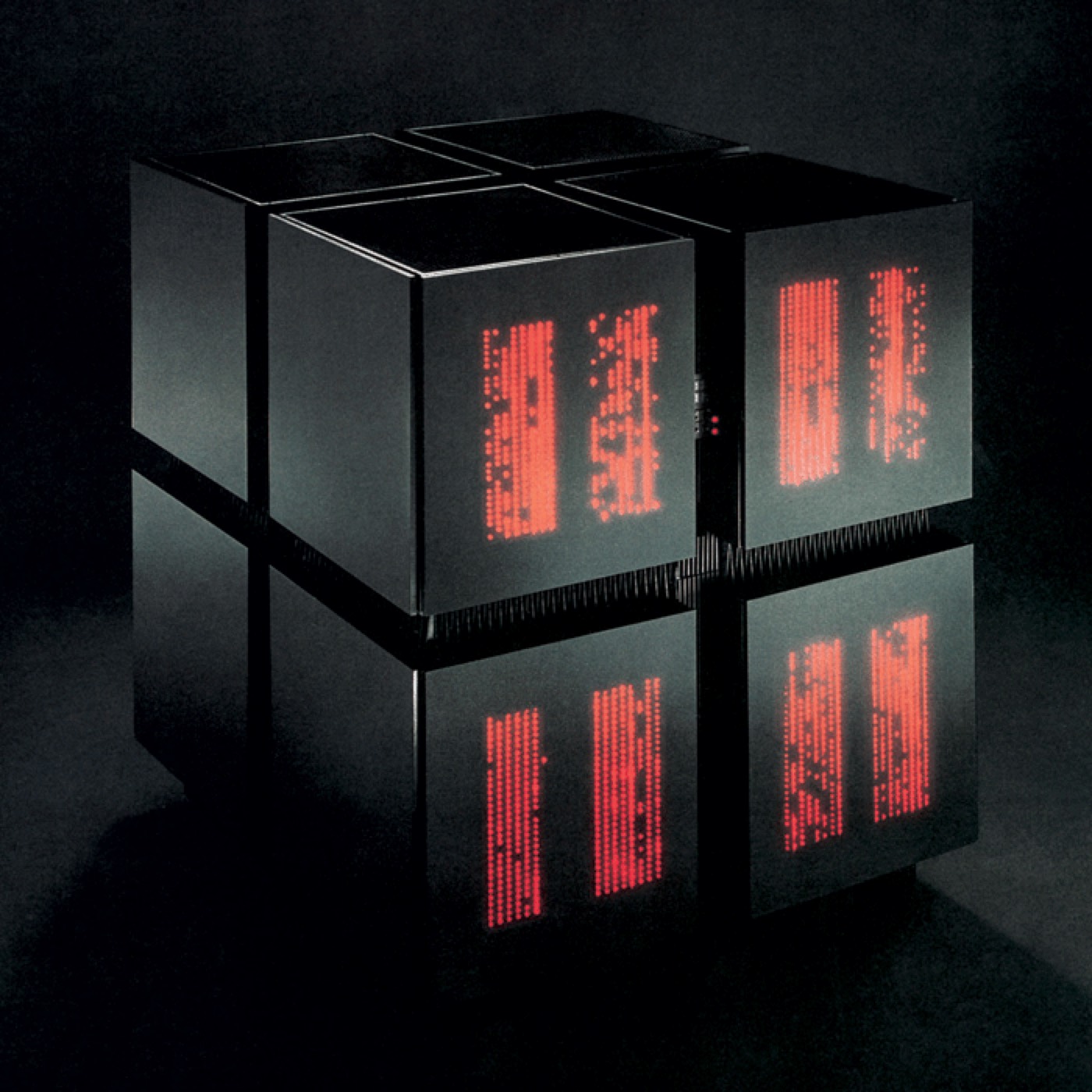 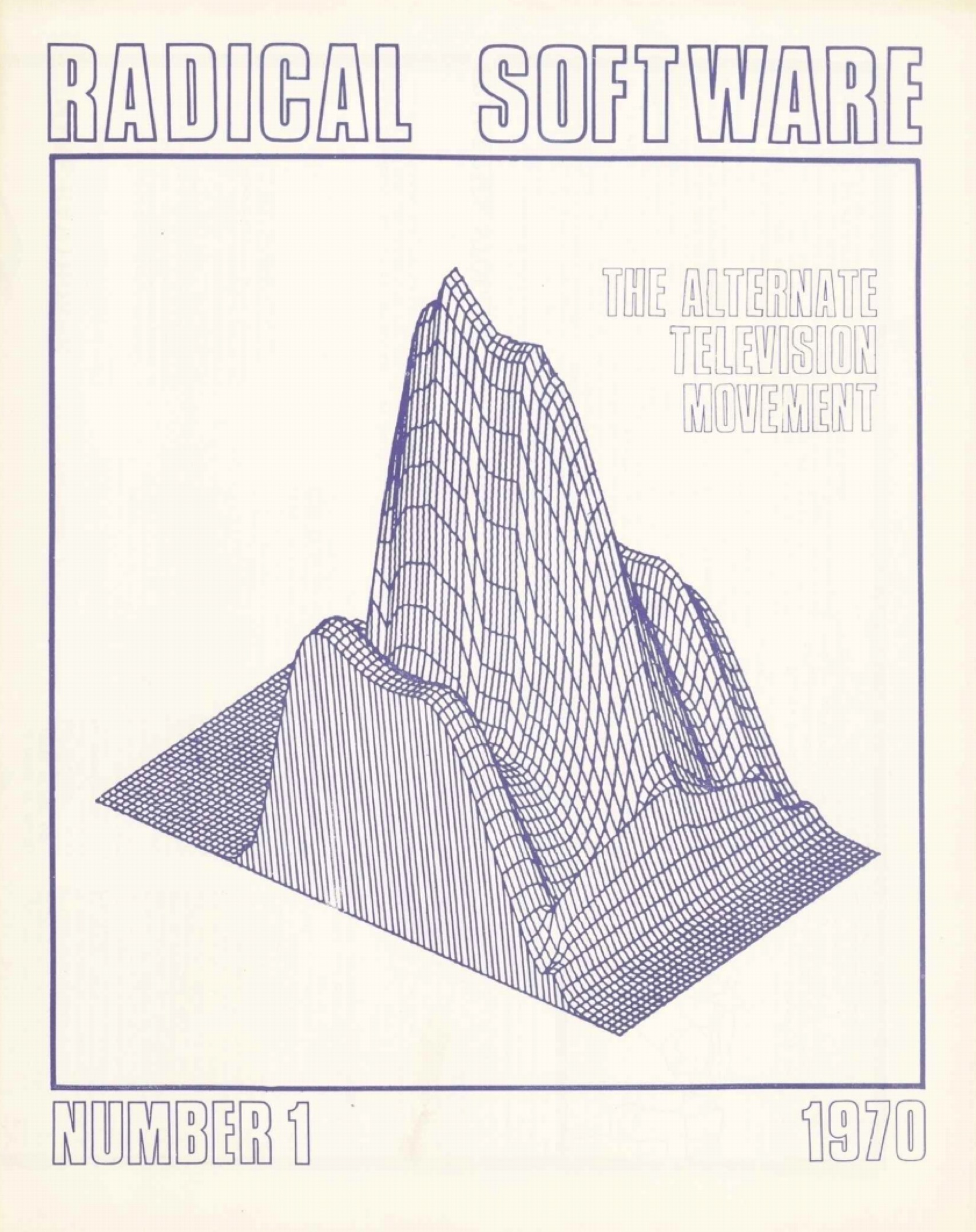 In 1970, the height of the Nixon era, media activists saw TV as a sophisticated vehicle for social control whose broad purposes were to deliver the people to advertisers, and make public opinion easy to orchestrate.

Reading Teilhard, McLuhan, Bateson, McCulloch, Wiener and others, they developed the premise that if one could understand how our culture used information, one could devise a mix of strategies, using 1/2″ video equipment, to leverage the rigid world information order of the time.

They thought reversing the process of television, giving people access to the tools of production and distribution, giving them control of their own images and, by implication, their own lives – giving them permission to originate information on the issues most meaningful to themselves – might help accelerate social and cultural change. Connectivity, the Videosphere as defined by Gene Youngblood based on an earlier idea by Teilhard, was an important part of the vision – an early stab at articulating the connected world, and a way to get there.

Part of the focus was on the psychological impact of the direct video experience itself, a process Paul Ryan called “self-cybernation.” Ordinary citizens did not see themselves on television except very occasionally, and then were never allowed to directly address the broadcast audience, but were always mediated by a caste of television professionals who provided context – a ‘wraparound’.

Perhaps it was a reaction only possible at that historic moment, but the experience of seeing and hearing oneself on videotape, unmediated, both alone and interacting in society, not once, but as many times as wanted, was startling and liberating. This ‘feedback’ process empowered many with new self-understanding and provided much of the impetus of early portable video.

“The Alternate Television Movement” pulls these and other threads together providing a snapshot of the state of independent video, and video art, as the sixties turned into the seventies. 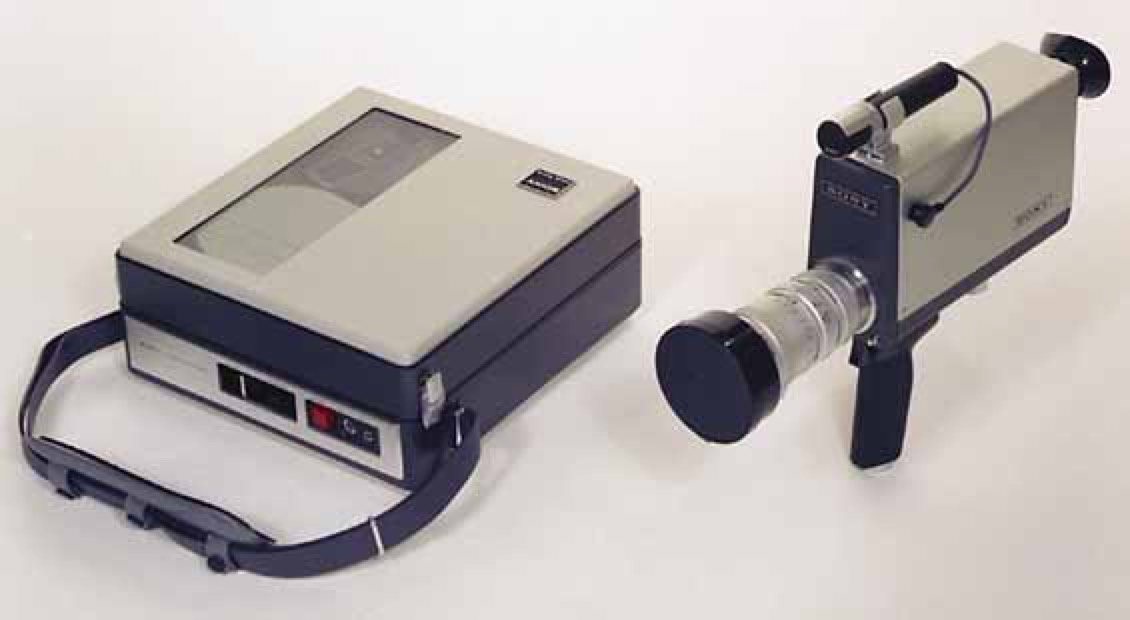 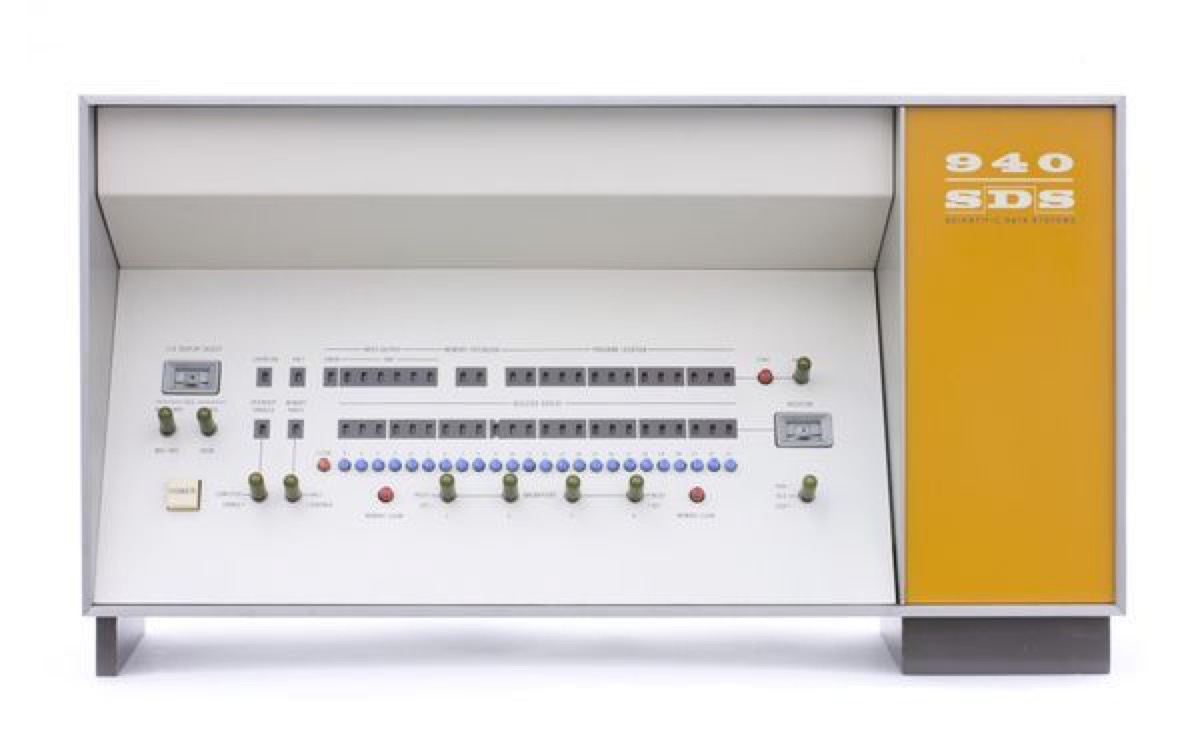 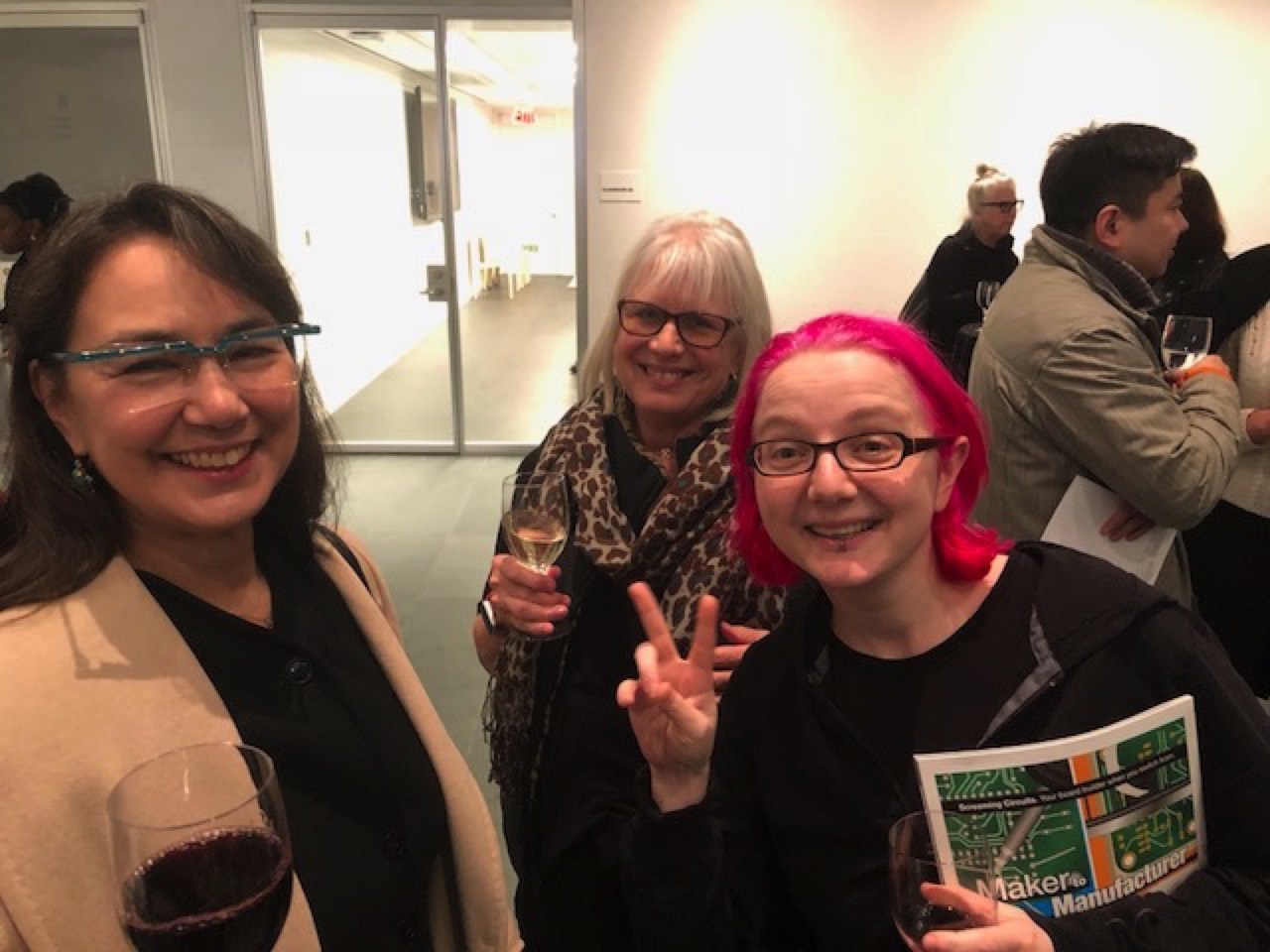 Comments Off on Thinking Machines: Art and Design in the Computer Age, 1959–1989 @museummodernart