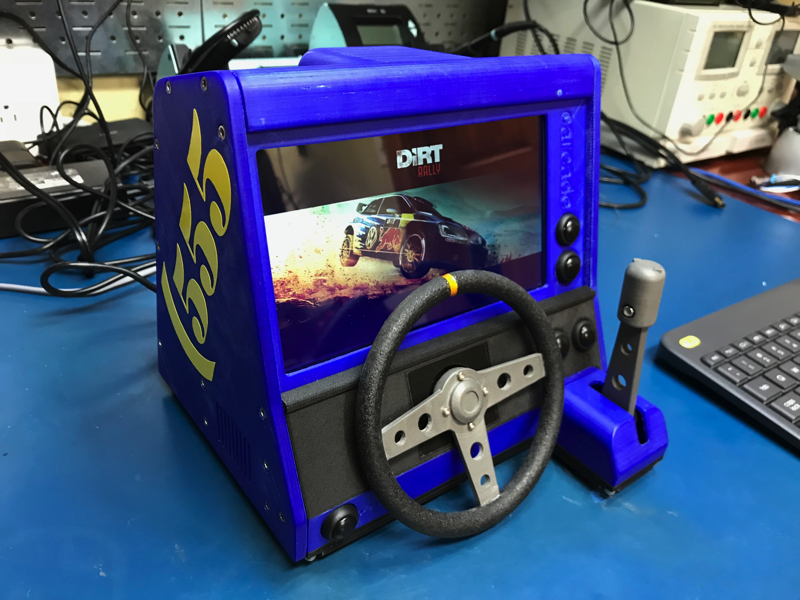 For the longest time I’ve had the idea to put a Raspberry Pi into one of those kids car toys from the 80s.

In August 2017 I was beat to the punch by Matt Brailsford when he published his Tomy Turnin’ Turbo Dashboard Outrun Arcade on Twitter: https://twitter.com/circuitbeard/status/902513198330499073
His project was so fantastic, I had to come up with something entirely new…

I already had an Intel Atom powered dev board, the MinnowBoard. Surprisingly, SteamOS installed on it without any issues.

After playing around with SteamOS and Dirt Rally on the MinnowBoard without much luck (talking in frames per minute, not frames per second), I settled on the idea of building a full Intel powered system running SteamOS. I would then work on designing and 3D printing the entire enclosure from scratch.