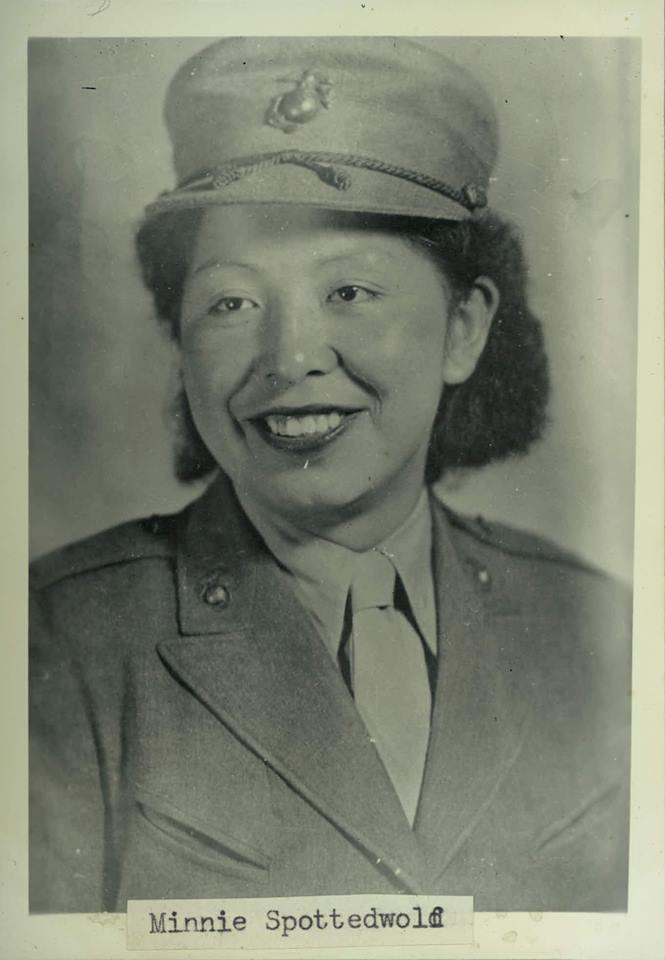 Born and raised on a ranch near White Tail Creek, about 15 miles from Heart Butte, Montana, Spotted Wolf stated that growing up doing such ranch work as “cutting fence posts, driving a two-ton truck, and breaking horses” seemed to prepare her for the rigors of Marine Corps boot camp, which she was quoted as saying was “hard, but not too hard.”

Spotted Wolf served for four years in the Marines as a heavy equipment operator as well as a driver for visiting general officers on bases in both Hawaii and California. After her discharge in 1947, Spotted Wolf returned to Montana. She married Robert England and attended college, earning a two-year degree in Elementary Education in 1955 and later a BS in Elementary Education in 1976. After a 29-year teaching career, Minnie Spotted Wolf passed away in 1988.

Comments Off on Minnie Spotted Wolf, First Native American Female to Enlist with US Marine Corps, in 1943 | #NativeAmericanHeritageMonth #blackfoot #usmc