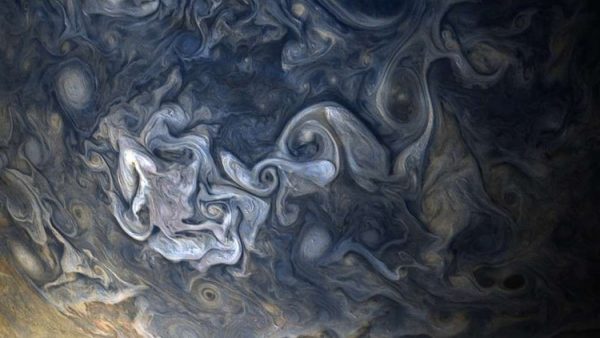 NASA’s Juno space probe first launched on August 5, 2011 from Cape Canaveral, Florida, and after traveling for more than five years, over a distance of 1.74 billion miles, it arrived in orbit around Jupiter on July 4, 2016. During its first exploratory missions, Juno glided beneath the planet’s cloud cover—coming within about 2,100 miles (3,400 kilometers) of the planet—to study its gassy auroras and find out more about the the largest planet in our solar system. Now recently, on October 24th, Juno completed its 8th successful flyby, and by October 31st had transmitted fascinating new data back to Earth. 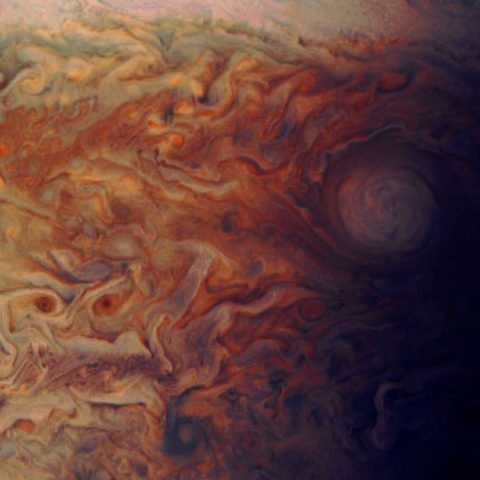 Anticipating transmission delays due to a solar conjunction—a period of time time when communications between Jupiter and Earth are obscured by close proximity to the sun—engineers sent instructions ahead of time so that Juno’s data was stored onboard until it was safe to transmit back to Earth. “All the science collected during the flyby was carried in Juno’s memory until yesterday, when Jupiter came out of solar conjunction,” explains Juno’s project manager, Ed Hirst from NASA. “All science instruments and the spacecraft’s JunoCam were operating, and the new data are now being transmitted to Earth and being delivered into the hands of our science team.”