Can empathy enhancing VR really persuade us to care? 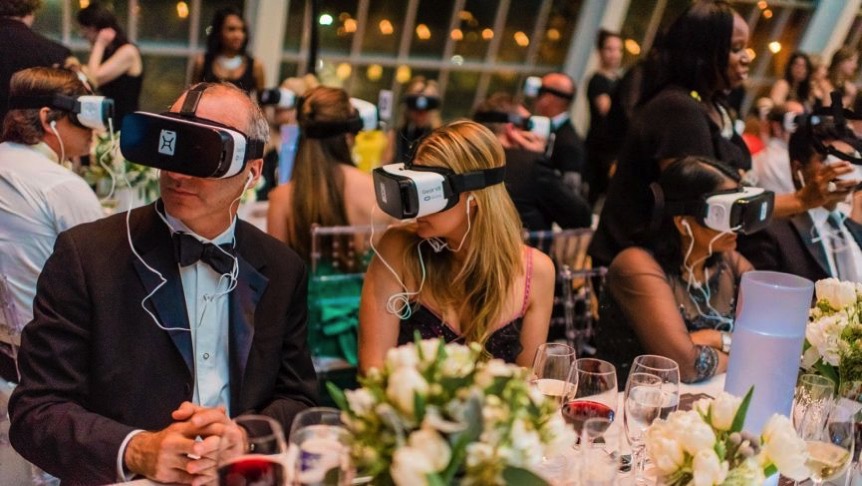 The new battleground for animal rights is undoubtedly VR. This July, Animal Equality released its third iAnimal virtual reality tour of conditions in dairy farms in Mexico, Germany and Britain. The first video in the series, which many peopel find shocking and disturbing, has had more than 63 million views. Similarly, a new VR video from Australian Beef following meat production from field to fork gets inside an industry notorious for functioning behind closed doors.

The aims of these projects, and ones like them, range from shining a light on awful conditions to trying to persuade regular people to cut down on, or give up, meat entirely.

But is VR more effective than traditional methods like TV spots, celebrity appeals and media focused stunts when it comes to persuasion or just a shiny new tool that campaigners and charities are getting to grips with?

Beyond the fourth wall

Back in 2014, the United Nations commissioned a series of films experienced entirely in VR. The UN Virtual Reality Series sort to push “the bounds of empathy” and reveal the human story behind global crisis, from the Gaza Strip to the victims of Ebola.

One of the films was Clouds Over Sidra, the story of a 12-year-old girl in the Za’atari Refugee Camp in Jordan. A groundbreaking film, when it debuted at a screening for ‘high level’ donors it raised $3.8 billion in one night; it has been translated into 15 languages; UNICEF fundraisers screen the film in over 40 countries; and in New Zealand one in six people that viewed the eight-minute movie donated to the cause, that’s two times more than any other film.

David Cravinho, global funding specialist for UNICEF, has said that on average it will take a fundraiser between ten to thirteen interactions to get someone to sign up to become a regular donor. When VR content is used, that number drops to five or six. It’s no wonder that other organisations and charitable/ ethical causes have followed in the UN’s footsteps. Last year, non-profit Charity: Water, which builds water projects around the globe, held a similar VR-theatre gala in New York and Oculus’ new VR for Good foundation supports various humanitarian programs.

As Patrick Milling-Smith, president of Here Be Dragons, the Hollywood-based VR studio behind the UN series (previously Vrse.works), recently wrote, “You can’t second screen a VR experience.” That alone, though, is not reason enough for this modern wave of successfully persuasive videos.

The age of affinity

Research into the inner workings of charity campaigns that use VR is far from comprehensive. It’s in marketing that the power of virtual reality and its potential for persuasion has ultimately been examined.

Iis Tussyadiah is an assistant professor at the University of Surrey. Her work has explored the digital experience; in particular, the role spatial presence plays in influencing attitude and behaviour to tourist destinations. I asked Tussyadiah what her findings revealed about user experience and how this might relate to a VR experience of a refugee camp, as oppose to a tourist destination.

“For users, VR gives an illusion that they have a first-hand experience in the virtual environment,” she told Wareable. “An illusion of visiting a tourism destination, for example, can lead to an intention to actually visit the place and, I can imagine, if being used in social campaigns, similar effects will be generated.”

Tussyadiah says that through VR, you can ‘transport’ users to a different world. In this context, ‘transported’ is another way of saying that users have the sense of having visited these places. Tussyadiah calls this deep sense of immersion “being there” and argues that it’s a cornerstone of what makes virtual reality so persuasive. “The sense of ‘being’ in a refugee camp, locating the self there, and being immersed in the situation, allows users to imagine how it is to be there and go through what the refugees had to experience,” she told us.

Comments Off on Can empathy enhancing VR really persuade us to care?