We’d like to thank Peter for sending us this tip about Dr. Lillie Rosa Minoka-Hill. Peter writes:

The story of Dr. Rosa Minoka Hill who was one of the first Native American woman doctors in the US. She served the people of the Oneida tribe here in Wisconsin for many years and continues to serve as inspiration for many people. The articles (1,2) are good but leave out the local school and clinic that are named after her. Thank you for putting stories like these in
your blog! 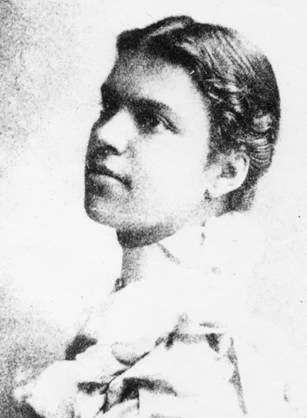 Here’s some more info about Dr. Lillie Rosa Minoka-Hill from Changing the Face of Medicine:

Lillie Rosa Minoka was born in 1876 on the St. Regis (now Akwesasne) Reservation in northern New York. Her mother was Mohawk and her father was a Quaker physician from Philadelphia who had worked with Mohawks in New York for many years. After her mother died during childbirth, her father decided to allow her to grow up with her maternal relatives on the reservation until she was old enough to go to school. At age 5, she moved to Philadelphia where her father enrolled her in the Grahame Institute, a Quaker school for girls. As Dr. Minoka-Hill recalled later in life, she felt strange upon arriving for school, describing herself as a “little wooden Indian who hardly dared look right or left.”

Lillie Minoka decided to become a nurse after graduating from high school. Her father, however, felt that a woman with such a strong education should become a physician. So after a year in a convent, when she was inspired to convert to Catholicism, she earned her M.D. at the Woman’s Medical College of Pennsylvania in 1899. Dr. Minoka interned at the Woman’s Clinic, a college adjunct service for the poor. She also set up a private practice with friend and fellow graduate, Frances Tyson, and worked at the Lincoln Institute, a boarding school for American Indian children, an event that would change her life. She met Charles Hill, an Oneida farmer from a reservation in Wisconsin. The couple married, and in 1905 they moved to the Oneida reservation, where she practiced against her husband’s wishes, refusing to become “a farmer’s wife.”

The transition could not have been easy. Dr. Minoka-Hill had lived in Philadelphia all her life, but in Oneida, she had to learn everything—from how to light a wood stove to priming a pump—and was without basic conveniences like running water. She also had to abandon her practice of “white man’s medicine.” Shortly after settling in Oneida, Dr. Minoka-Hill discovered that medical care there, at best, was deficient. Many residents mistrusted the reservation’s only physician because he was white and knew little about their traditions and beliefs. While learning the life of a farmer’s wife and raising six children, Dr. Minoka-Hill was also learning how the local community felt about disease, death, and healing. This helped her earn their trust and she rapidly became their favorite doctor and friend.