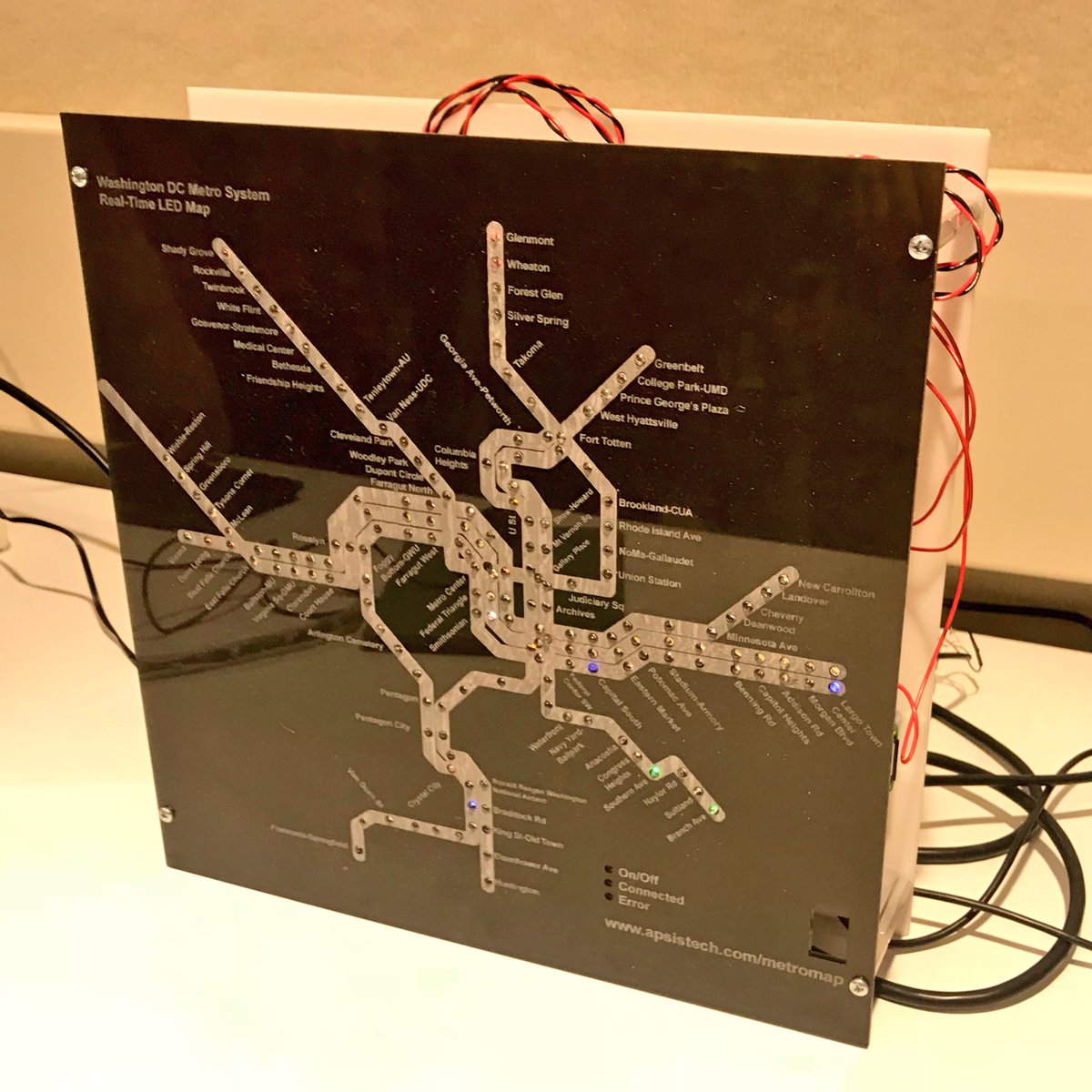 Very cool write-up in Technical.ly/DC about a meetup in the District whose members have frequent ‘metro hack nights’ to explore the city’s infrastructure through technology. The group’s next meetup is November 30th around the theme “Playing with Traffic.”

When you walk into a Transportation Techies meetup there are two things you are guaranteed to see: the latest hacks of local transit systems, and a crowd of people who seem to care a lot about each other.

The last meetup we attended was the seventh edition of Metro Hack Night in October. It featured nine presenters, two LED projects, and one “hug timer” person who gave presenters a hug when their time ran out. We spoke to meetup founder and organizer Michael Schade on why he started the group, and how he built the community.

Eric Haengel from the DC Hack and Tell Meetup, who built an LED metro map. And Ed O’Brien, who built an LED strip mapping train positions on the red line using Raspberry Pi and Adafruit. (Both used WMATA’s API.)

Comments Off on ‘Transportation Techies’ in D.C. are Exploring Infrastructure – and Building Community – Via Technology | #metrohacknight @TechnicallyDC @Technical_ly