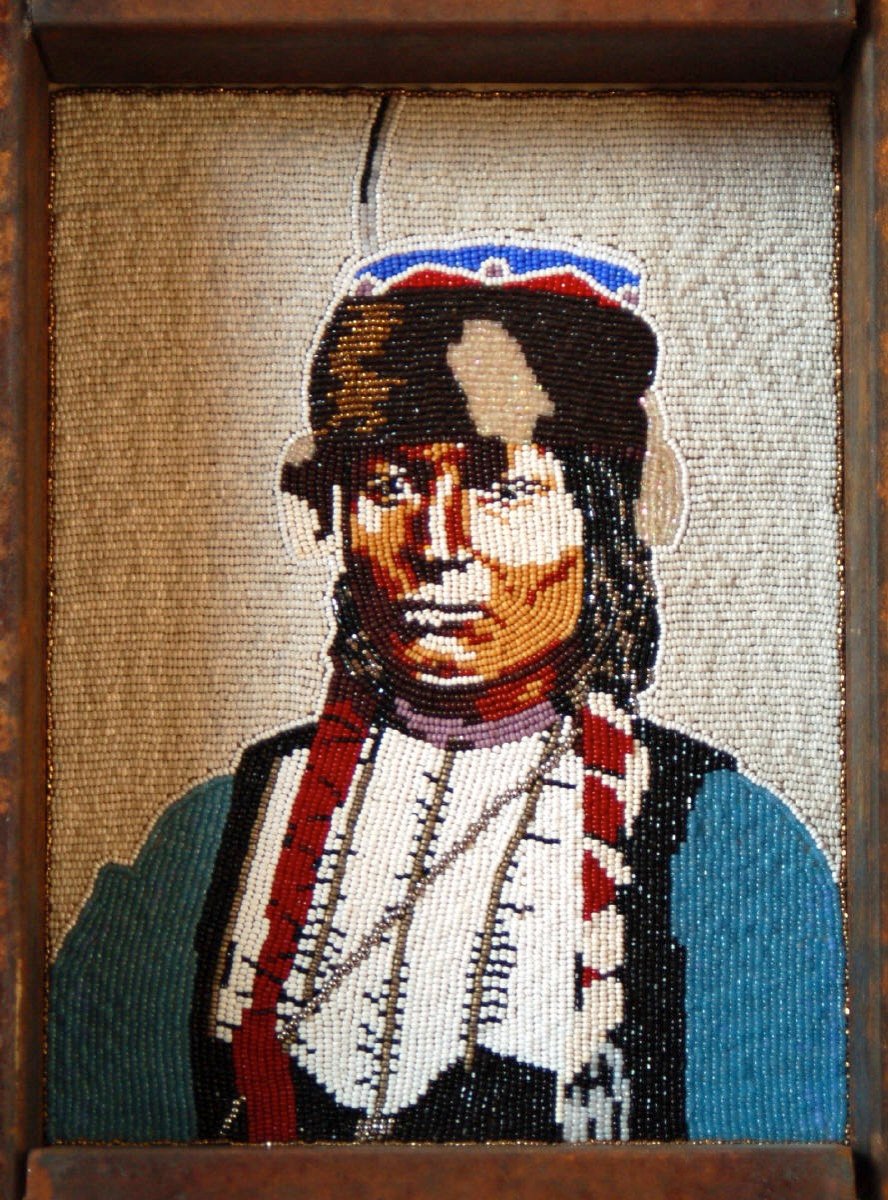 Marcus Amerman is a Native American artist well known for his incredibly detailed and realistic beaded portraits, Via MarcusAmerman.com

Marcus Amerman is an enrolled member of the Choctaw Nation of Oklahoma. He was born in Phoenix, AZ and grew up in the Pacific Northwest before settling in Santa Fe, NM. He received a BA in Fine Art at Whitman College in Walla Walla, WA and took additional art courses at the Institute of American Indian Arts in Santa Fe, NM. He credits the Plateau region and its wealth of talented bead artists with introducing him to the “traditional” art form of beadwork. He quickly made this art form his own, however, by creating a new genre of bead artistry in which beads are stitched down, one by one, to create realistic, pictorial images, not just large color fields or patterns.

Amerman draws upon a wide range of influences to create strikingly original works that reflect his background of having lived in three different regions with strong artistic traditions, his academic introduction to pop art and social commentary, and his inventive exploration of the potential artistic forms and expressions using beads. Although he is best known for his bead art, he is also a multimedia artist, painter, performance artist (his character “Buffalo Man” can be seen on the cover of the book Indian Country), fashion designer, and glass artist, as well. His work is in the permanent collections of museums such as the Smithsonian National Museum of the American Indian, the Portland Art Museum, and the American Museum of Natural History, among many others.

Comments Off on Marcus Amerman #NativeAmericanHeritageMonth