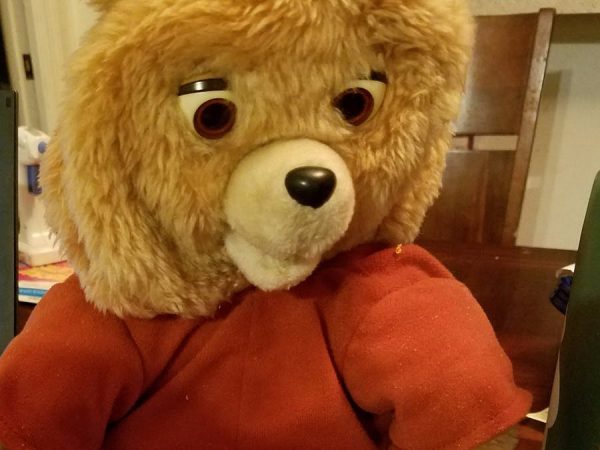 Made by Donald Willingham  via hackster.io

My wife had a Teddy Ruxpin as a kid until it took a nose dive off of the top bunk of a bed. Shortly after, I ran across a hackaday reference to Tinkernut’s Teddy Ruxpin. She almost immediately order a pair of ‘not functioning’ Teddy Ruxpins off of ebay. One was a World of Wonder (Version 1 metal tape deck), and another was a later YES! Entertainment version. An audio cassette was included. 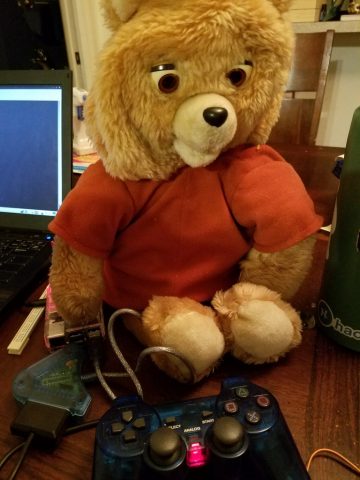 I followed the Tinkernut video for how to replace the servos. I used some Tower Pro SG90 servos. Ensure you save all the gears, as some of them need to be re-used. It might be nice to 3d-print replacement servo enclosures, but the hot glue is still doing it’s job. 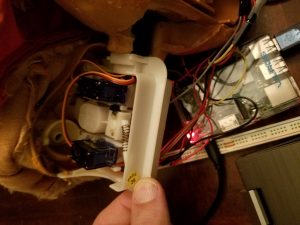 Instead of using an Arduino to generate the PWM signals to the servos, I used ServoBlaster on a Raspberry Pi. I know there are PiHats that generate better hardware PWM signals, but doing it in software on a Pi 3 is sufficient here. Be sure to pay attention to the ServoBlaster’s output. Ensure you get the pin numbers and the GPIO numbers straight.

I hooked up a USB to Playstation 1-2 controller adapter, and an old Playstation controller. I wrote a perl script to read the joystick inputs, and map them to joystick outputs. Since the joystick has two analog X/Y sticks, I mapped one to the eyes, and the other to the mouth. The mouth is made up of two servos, so I just send the same value to both.