The Science of Cream Hitting Coffee

Have you ever noticed that a drop of cream sometimes appears to hover on the surface of coffee? Well, MIT researchers have some answers. Via VOX:

Scientists at MIT recently solved the mystery of why this happens in a study published Wednesday in the Journal of Fluid Mechanics. Turns out it has to do with the temperature difference between the hot coffee and the cold cream.

MIT scientists explain that when the drop of cream first hits the surface of the coffee, a bit of air becomes trapped between the drop and the rest of the liquid. That air acts as a buffer, and it has to be pushed out before the drop can continue to merge with the surface.

If the cream and coffee are the same temperature, they’ll merge within a few milliseconds. But if there’s a big temperature difference, tiny vortexes of air form along the gradient, keeping the trapped air in place. 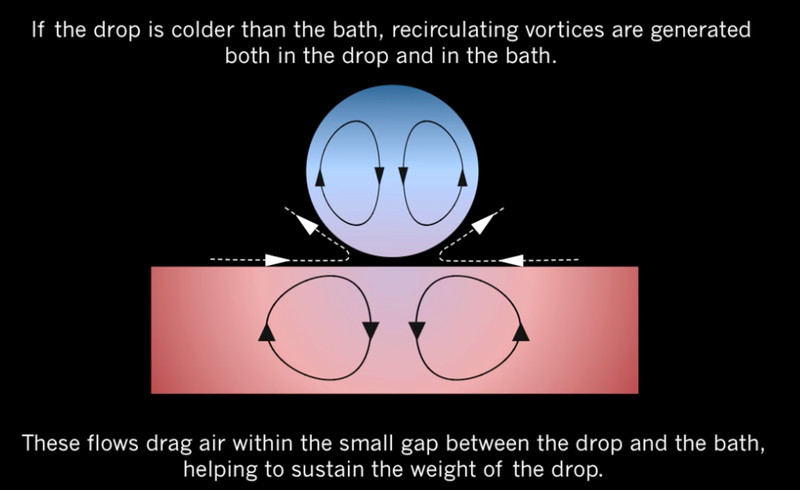 When the MIT scientists performed the experiment, they used silicone oil, which, depending on preparation, can mimic the properties of water as well as more viscous liquids. In these experiments, the scientists were able to make a drop of the oil float on the surface of a basin of silicone oil for as long as 10 seconds if the temperature difference was 86 degrees Fahrenheit.

Anyone who has admired the swirling patterns cream makes in coffee can appreciate this finding. But it could actually help advance medicine too: Researchers say the insight — and the mathematical models they built to predict how long the drops hover — could aid in engineering new “labs on chips,” where tiny droplets of chemicals could run diagnostic medical tests or mimic reactions in body cells.

Comments Off on The Science of Cream Hitting Coffee