A Makerspace Built by Elementary Students 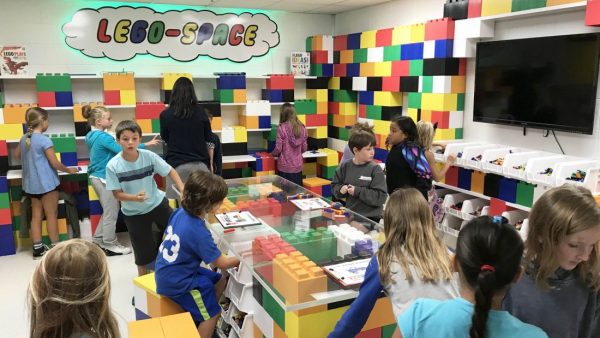 When Ocean City Primary School, where I work, asked a group of 8-year-olds to create something, the students were given one design requirement: Whatever they created had to better the school community and solve a problem. This allowed students to be creative and explore their interests in addressing a real-world issue. Students realized that they had an authentic opportunity to make a difference in their school. 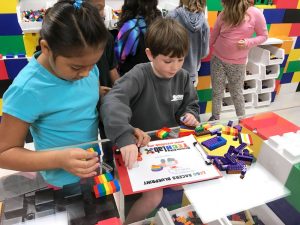 Six Steps to an Engaging Makerspace:

Initially, the students generated typical 8-year-old responses, like, “A robot that does your homework for you!” It’s important to recognize these ideas and support them, but challenge students to critique their concepts. In the case of the robot, the students eventually agreed that it wouldn’t benefit the whole community.

Get the best of Edutopia in your inbox each week.

Another interesting idea was a pizza-slice vending machine. After some discussion, students determined that didn’t solve a problem because the school already had a cafeteria that served pizza. So they began talking about things the school didn’t have.

2. When a great idea surfaces, run with it:

When a student suggested building a makerspace, his peers wondered what that was and began researching the idea. They shouted out findings: “They have tools! You can build things in them!” The enthusiasm was contagious, and that’s when the teacher knew the project was on the right path. The students were self-motivated, eager, and excited.

Once a project idea is established, the next step is to infuse curriculum into it. The teacher must ask, “What can I teach my students within the topic they have chosen?”

In order to build a makerspace in their school, the Ocean City students would need to have the idea approved by the school board—they’d need to write a proposal. The teacher incorporated a lesson on prewriting strategies and how to organize a proposal.

The proposal needed to include a budget with an organized spreadsheet. A lesson on financial budgets and digital spreadsheets was added.

Students would need to find room for the makerspace, design it, and create blueprints to build it. Measurement and the stages of the design process were explored. And they’d need to present their plans to the building and grounds personnel, as well as the school board, indicating a need for public speaking lessons.

Learning opportunities exist within any project, and teachers can intertwine lessons into the project’s procedure.