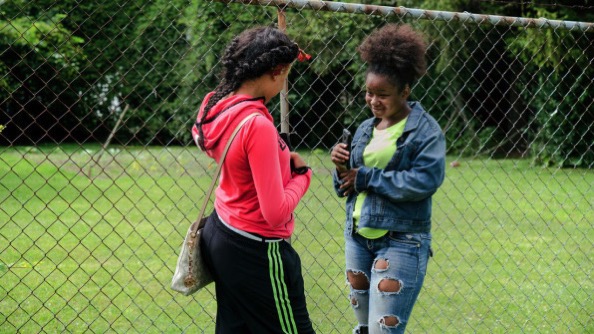 When so many vital decisions weigh on statistics it is important to make sure the numbers reflect the reality. This organization focuses on inventive methods to make sure the voices of teen girls are heard. Via Fast Company:

Surveys and interviews have always been expensive and generally have a big blindspot. In many places, men prefer to speak for their household, and often won’t let women talk privately, which leads to biased responses. In Saginaw, though, that’s changed because the community is working with Girl Effect, a London-based charity, running the first U.S. pilot program to allow girls within their own community to survey other girls about unmet needs.

Girl Effect (which was originally affiliated with Nike although the group now operates independently) encourages women in developing countries to make homegrown media and lifestyle brands that push messages of female empowerment. In Rwanda, an effort dubbed Ni Nyampinga has reached a over a million teenage girls with an associated magazine, radio show, mobile site, clubs, and festivals aimed at female unity and self-confidence, covering topics like sexual health and smart finance. But its hard to inspire people if you don’t know exactly what they’re thinking, so four years ago, the group decided to help locals get ahead of their audience in a new way. It developed a program called TEGA–that’s short for Technology Enabled Girl Ambassadors–which teaches young women how to use a mobile phone with a customized video app to survey and interview their peers.

“Adolescent girls can be the hardest to reach demographic in the world,” says Laura Scanlon, the director of Girl Effect’s TEGA initiative. “This is borne out of the insight that an adolescent girl is far more likely to speak and open up to a girl just like her, who comes from her community and understands what its like to grow up facing the challenges that she’s facing.”

In early 2017, Girl Effect coordinated with a nonprofit called Youth M.O.V.E., which encourages young people to advocate for social change, to recruit 16 young women as TEGA ambassadors. That group also had deep community contacts, which allowed it contact and gain consent from more kids who agreed to be interviewed.