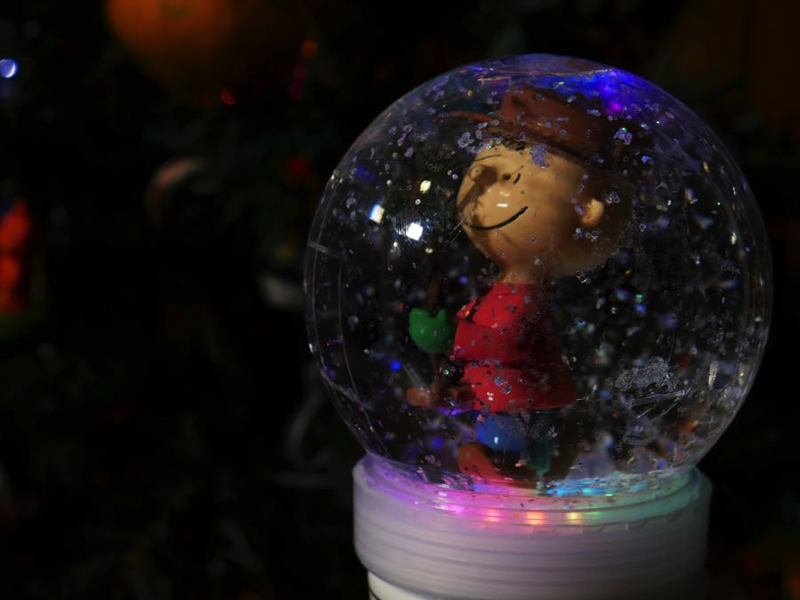 Liz – Blitz City DIY is back with another great project on Hackster.io. This snow globe was inspired by John Park!

Before I begin this write-up, I have to give credit to John Park for the idea of using a Circuit Playground board with a snow globe. He showed the idea on an Adafruit Show and Tell livestream. I thought it looked so cool that I wanted to make my own version.

The Circuit Playground Express is a great board for this project. It has a ring of NeoPixels on board so you don’t need to pack in a lot of writing in the small space underneath the snow globe. The Circuit Playground Express (CPE) also has many other sensors though and I thought it would be great to take advantage of the built-in speaker to get some yuletide chiptunes going and to also utilize the accelerometer to trigger these light and sound effects whenever you shake the snow globe.

Using all of these modules though could make the code a bit complicated for a project that is fairly simple. Because I didn’t want to spend a lot of time on the code I decided to try out MakeCode since it uses visual coding blocks similar to Scratch. This makes it really easy to tie the different CPE modules together.

Comments Off on #CircuitPlayground Snow Globe