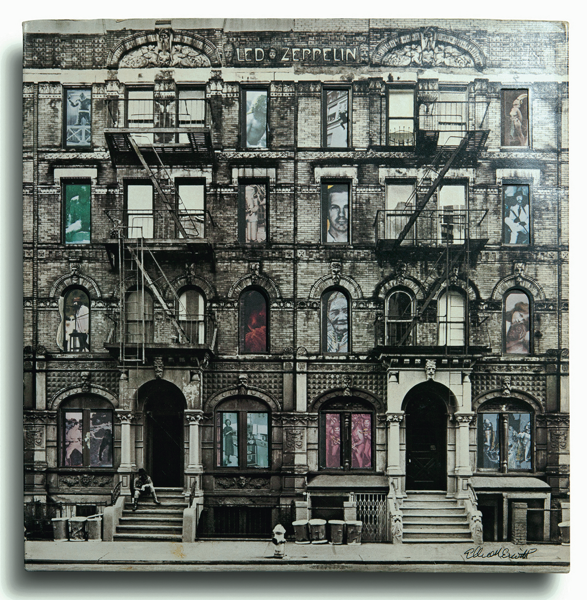 From Foto Colectania, translated via Google. via Juxtapoz Magazine:

Robert Frank and the Rolling Stones, Annie Leibovitz and Cindy Lauper, Helmut Newton and INXS, Herb Ritts and Madonna, Weegee and George Michael among others, star in the new exhibition that can be seen from November 22 and until March 11 of 2018.

“Total Records. Vinilos y fotografía ” , with the collaboration of the Banco Sabadell Foundation , shows a selection of the most emblematic music vinyl covers of all time, the result of collaboration between prominent photographers and artists. After passing through Arles, Zurich and Berlin, we welcome for the first time the exhibition in Spain that can be seen from November 22. The production of the exhibition is carried out by the Les Rencontres de la Photographie d’Arles festival , and is curated by Antoine de Beaupré , Serge Vincendet and Sam Stourdzé , with the complicity of Jacques Denis .

The musical and photographic history of the 20th century is reflected in these surprising collaborations between artists such as Robert Frank and the Rolling Stones, Bernd & Hilla Becher and Kraftwerk, Weegee and George Michael, Helmut Newton and INXS, Herb Ritts and Madonna, Annie Leibovitz and Cindy Lauper, Nobuyoshi Araki and Björk, Jeff Wall and Iggy Pop, Anton Corbijn and U2, William Klein and Serge Gainsbourg, Jean-Paul Goude and Grace Jones, Irving Penn and Miles Davis, Ryan McGinley and Sigur Ros. Visual artists such as Andy Warhol, Robert Rauschenberg and Dieter Roth have also left their mark on vinyl, using the album cover as a space for experimentation with various photographic techniques and artistic practices.

Read more and get more info about Foto Colectania