Wander the Lost City of Teotihuacán in Minecraft #ArtTuesday 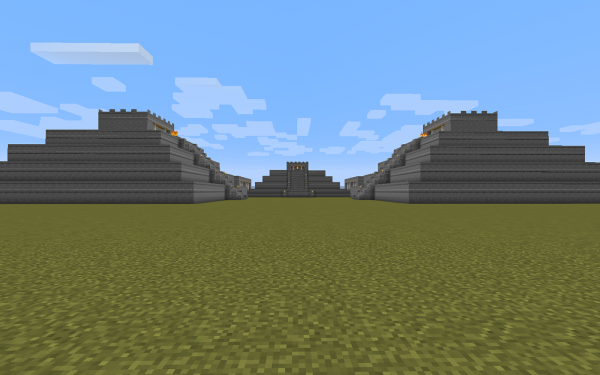 The word Teotihuacán comes from the Aztecs and translates to birthplace of the gods. The ruined city was built in a hill-enveloped valley 2,000d years ago and collapsed around 550 CE. We know that Teotihuacán was the largest city in the Americas and one of the most populous on Earth in its heyday, but nearly everything else is a mystery. Who built it, what was their language, why did their great metropolis fail? The de Young Museum in San Francisco recently opened a show about the city titled Teotihuacán: City of Water, City of Fire. Objects form recent excavations are leveraged as a starting point to examine how the modern conception of the city is formed by surviving artworks. To build some buzz and expose more people to the show’s themes, the museum concurrently released a scale Minecraft map of the city. The map allows anyone with an internet connection (and $27 for a Minecraft account) to dive in and run around amid and within the unblemished splendor of the temples. In the words of the show’s curator Matthew H. Robb, “Hopefully that leads to a greater appreciation for the achievements of the people who built [Teotihuacán] in ancient times.” 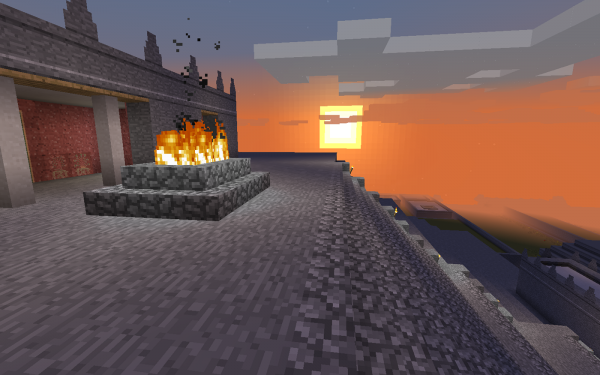 The map makes a good first impression. You begin in a room of red stone, columns, and a few torches. On the wall opposite is the name of the show and the museum in pale blue-green. I’m a Minecraft novice, so the very first thing I did was get a primer from my brother-in-law about the controls and whatnot. It’s standard gaming fare: Run, jump, punch, repeat. I was warned that doing something dumb like jumping off one of the buildings or immolating myself in one of the fire pits would lead to my doom. Armed with this new knowledge, I set out to explore.

Beyond a couple nice vantage points for screenshots, there wasn’t much to see. I think I started on the Pyramid of the Sun and walked along the Avenue of the Dead, but those are just guesses. I was basically turned around and directionless after running in and out of a few temples. Inside one of the temples is a small pool that my character appeared to swim through, but it was difficult to tell. Alcoves and torches and flowers and trees appear ad nauseum. The only place to interact with the environment (that I found, anyway) was with the show title and museum name on the wall. I punched it just before turning off Minecraft, and it became a painting in my inventory. But … there wasn’t anything to do beyond that.