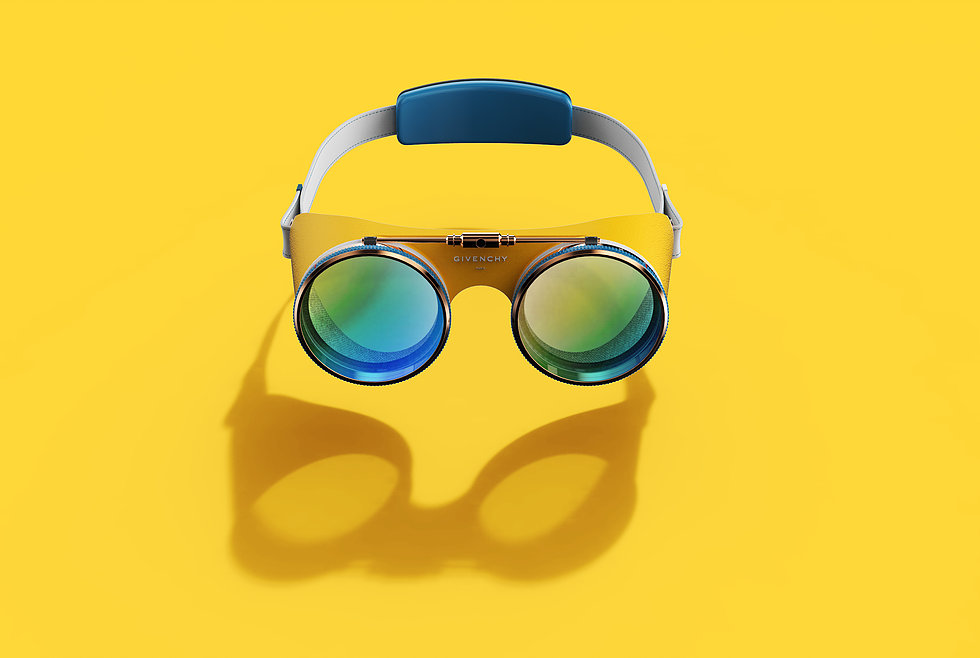 In the years leading up to the release of the Apple Watch, we were frequently teased with concept designs of what Apple’s smartwatch might look like. Of course, many of those outlandish designs were off the mark, but the attention to the idea itself hinted that the public was ready for a mainstream wearable from a high-end hardware maker like Apple. Now smartglasses are getting the same treatment.

We’re now seeing the first signs that the public may also be ready for mainstream-friendly smartglasses, the latest signal coming from a South Korean design studio PDF Haus.

The design studio crafted a pair of concept augmented reality smartglasses using the French fashion brand Givenchy (with no official affiliation) to demonstrate how such a device might be treated if offered from a well-known luxury brand. In addition to the device’s AR capabilities, the designers also envision the smartglasses as being used for virtual reality apps as well.

Not much is discussed with regard to actual technology within the smartglasses (other than mentioning that the device would have both AR and VR capabilities), instead, the focus here is on design and presentation.

Comments Off on Concept Smartglasses Offer Glimpse of the Future #WearableWednesday