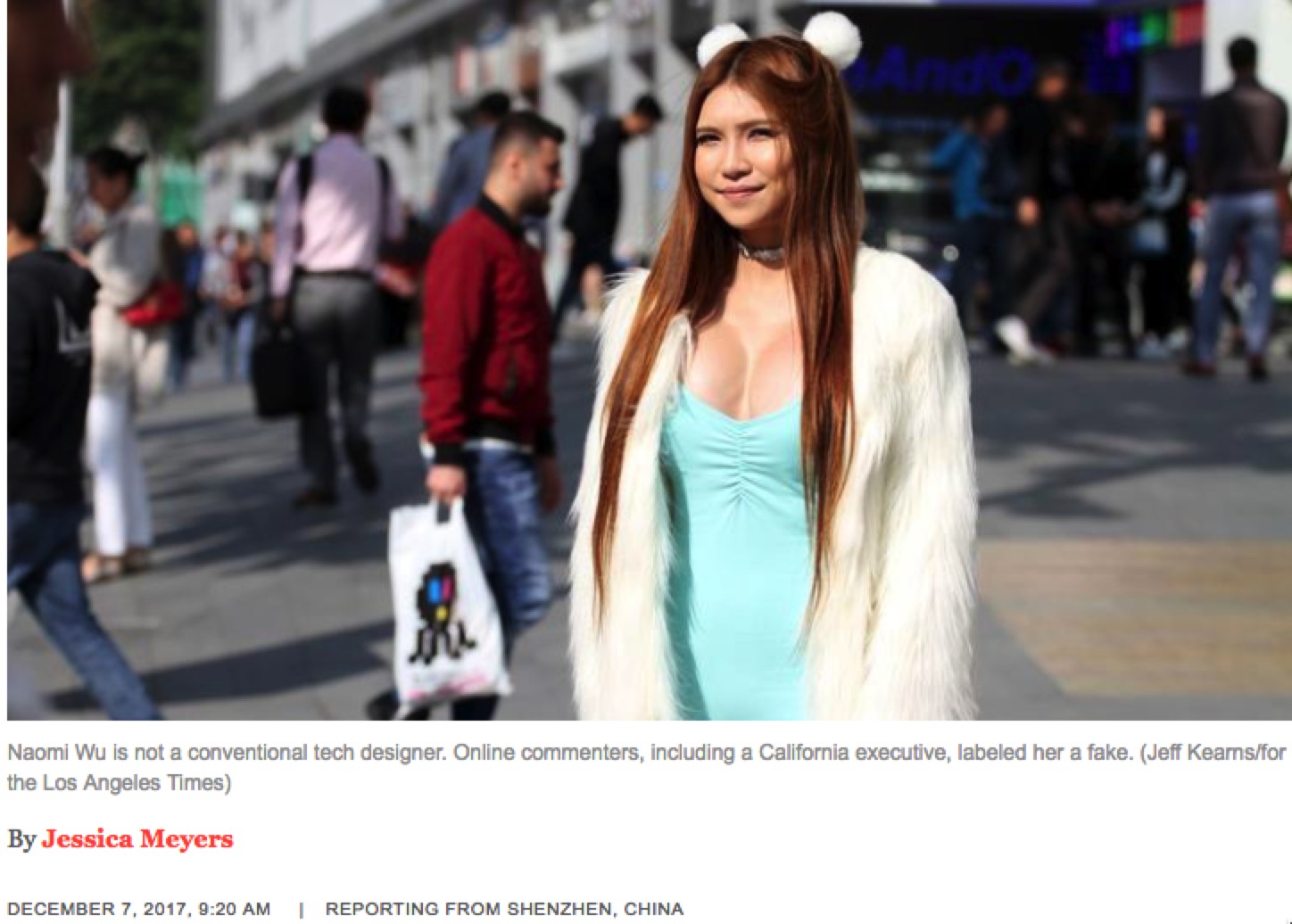 There’s no mistaking Naomi Wu amid Shenzhen’s deliverymen and investors. Her long, auburn-dyed hair falls over tight, low-cut tops; her miniskirts reveal more. Wu often wears these outfits in do-it-yourself videos that show her devising an LED-lit skirt or creating heels that hide hacking tools. Wu calls herself a “sexy cyborg.” She also calls herself a “maker,” the term for tech hobbyists who build creative DIY projects. Her endeavors have earned Wu 157,000 subscribers on YouTube and more than 43,000 Twitter followers in a country that blocks both platforms. She has more than 700 supporters on Patreon, a crowd-funding site. But in recent weeks she’s received even more attention — first from skeptical online commentators and then from Dale Dougherty, a California executive who helped launch the maker movement.

He’s often referred to as the father of the movement, which promotes everyday creators from basement tinkerers to inventors of talking robots. Dougherty also runs Maker Media, a San Francisco media company that publishes Make: magazine and organizes events for the industry known as Maker Faires.

Other makers began demanding Dougherty’s resignation. Andrew “bunnie” Huang, an American researcher and hacker, wrote a 2,345-word defense of Wu on his blog.

“Dale was wrong, and he knows that,” said Sherry Huss, vice president of Maker Media. “It was really just an unfortunate situation.”

Much like her wearable designs, Wu considers her visibility a tool to defy norms of appearance and profession. That commitment, she said, has only intensified.

“Every day now, I’m doing everything I can to promote women in tech,” she said, before resuming her shopping — for a new microcontroller.