A project from both students and professors from MIT & the National Centre for Nuclear Research in Warsaw, Cosmic Watch looks amazing! In short, a desktop muon counter made with Arduino! Check out more about the project and the team behind it here – here’s a FAQ with some answers to obvious head-scratchers – and check out the code here on GitHub.

A photon incident on the SiPM will make a measurable voltage pulse that we can amplify and, using a peak detector circuit, stretch the pulse in time so that the 16 MHz Arduino Nano is able to measure it. The Arduino samples the waveform produced by the peak detector circuit several times and then use those measurements to calculate the original SiPM pulse amplitude. 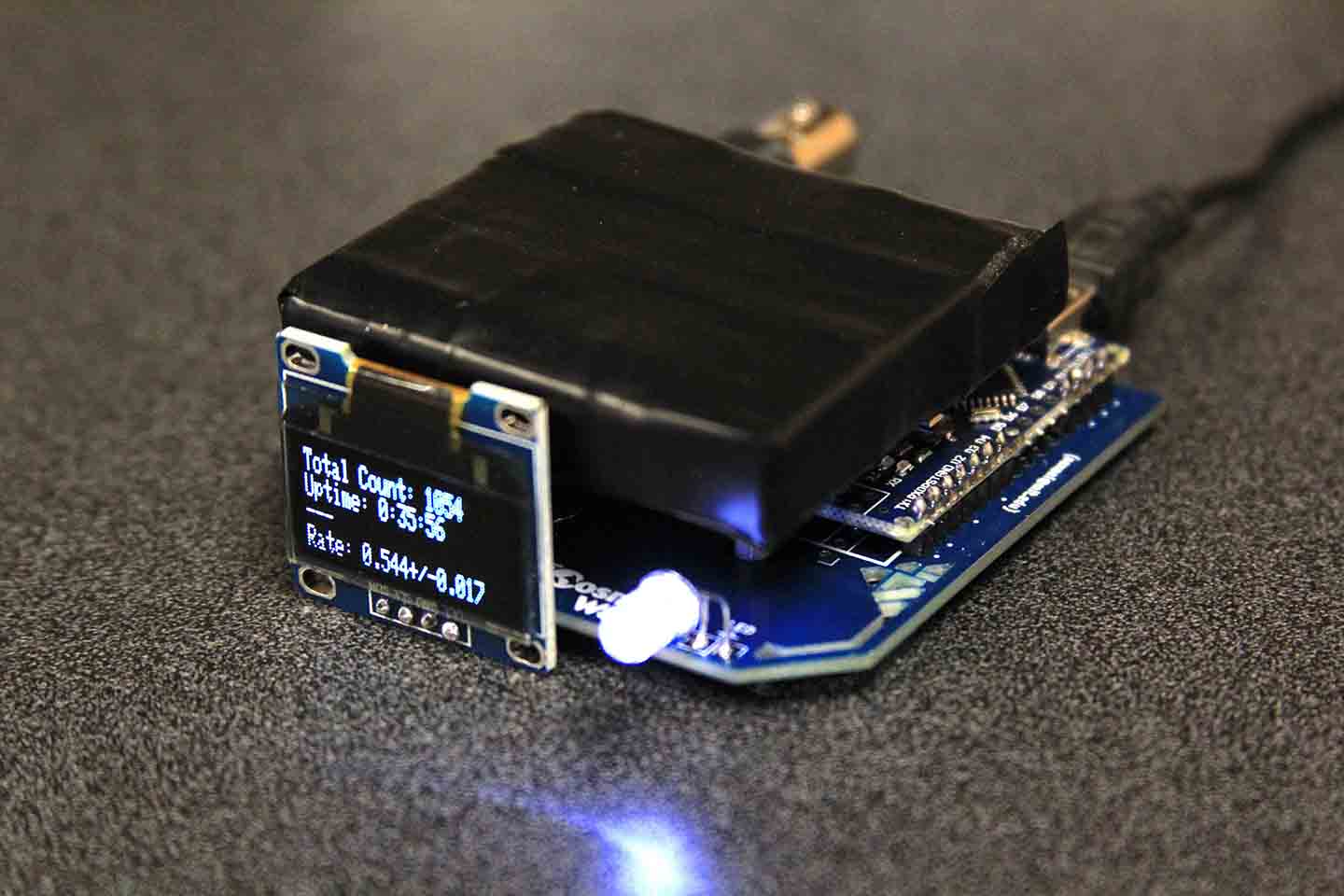 The muons that are ultimately produced in the shower are fundamental particles that carry electric charge of +1 or −1 and have mass that is about 200 times that of the electron. To briefly learn more about muons and their place within the Standard Model of particle physics, we recommend to visit the Particle Adventure website. Muons are unstable and will decay to an electron, a neutrino and an anti-neutrino. At rest, the lifetime of the muon is approximately 2.2 microseconds. Given that the muons are produced in the shower at more than 10 km above the Earth’s surface, Galilean relativity calculations will show a very small probability of survival to reach the desktop muon counter. However, because the muons are produced at high energies, relativistic time dilation extends their lifetime. As a result, muons can survive to be detected on Earth.

The muon flux at sea level is about one per square centimeter per minute for a horizontal detector. This constant bombardment by muons has pros and cons for a particle physicist. On the plus side, cosmic ray muons are commonly used in surface-based particle physics experiments in order to commission and calibrate detectors before they are exposed to beam produced by accelerators. Often the muons that survive to sea level are accompanied with other particle debris, such a photons and protons. A relatively small amount of shielding material is often used to remove this accompanying debris, leaving only the muon for use in calibration. On the other hand, many particle physics experiments are looking for rare events, and the rare signal can be swamped by the muon signal. These experiments must be located in deep underground laboratories.

When You Want an Amazing Display of Muons #CitizenScience