#AVRFreaks – Building communities (notes) The AVR wiki (@ATMEL) on AVRFreaks is no more …?

Starting back in 2004, AVRFreaks.net was -THE- place for micro-controllers. If it was being done with an AVR, it was on AVRFreaks.

Over 10 years ago, when Adafruit was still just “ladyada” in an apartment or a warehouse space, she posted on AVRFreaks.net, the (at the time) leading resource for AVR xhips (owned & supported by ATMEL, AVRFreaks.net started in 2004).

Ladyada posted up a useful resource “Micro Annoyances – For all the little things that took you 2 weeks to figure out.” It was rejected by the moderatpr there, along with anything Arduino related – AVRfreaks.net is the same place responsible for the genesis of my article WHY ARDUINO WON & WHY IT’S HERE TO STAY – after seeing the un-warm welcome from “Level: Raving Lunatic” (their label) community leader stating “Arduino: baby-talk programming for pothead”… any way, here’s what was said to ladyada, by a moderator on AVRfeaks.net with over tens-of-thousands of posts on Mar 26, 2007:

It must have had an impact. Ladyada emailed me that night over 10 years ago, and then a day ago last week when we both noticed the ATMEL wiki was gone. 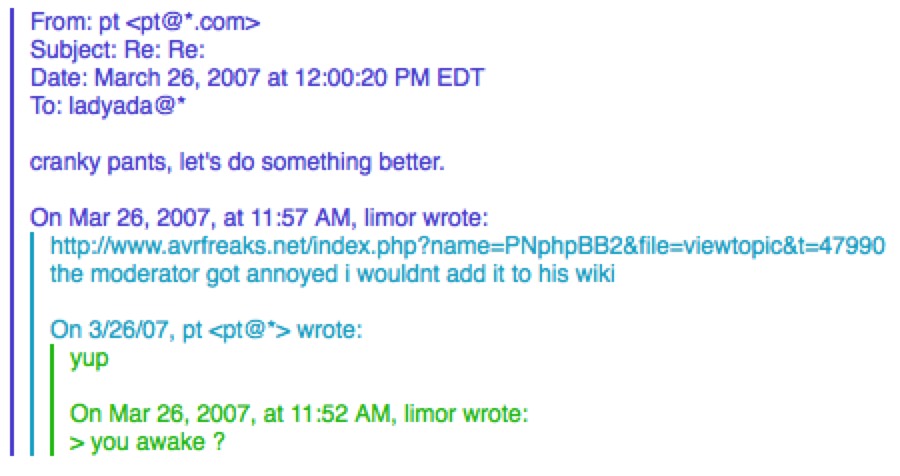 …let’s do something better.

Welp, it’s gone from Atmel and Atmel is mostly is gone, where the wiki went? Not sure. Maybe it’s a forum post now, but I could not find it. There are archives on archive.org.

Ladyada.net is still around http://www.ladyada.net/resources/ucannoyances.html – the Atmel site / wiki is not, and ATMEL is now owned by Microchip. Looks like AVRFreaks / ATMEL wiki now just has general topics and new code of conduct.

Why post this? When I got started with AVRs, the AVRFreaks.net forums frequently shut beginners down and ridiculed, especially beginners using Arduino -and- helpful engineers like ladyada who just wanted to participate and be part of the community in some way. I found other places, and helped build instead, so did others. Perhaps it was better for everyone long-term, there are dozens of welcoming communities, Adafruit & ladyada are still around, and we’ve worked hard to have a community that brings people together. Maybe for some of us, bad experiences make us try harder and be better people, I wish that wasn’t so motivating, so often, and so many bad things need to happen for good to come it seems. I had a decade-long todo’ – I suppose it’s checked off in some way. These are notes to myself, maybe 10 years from now I’ll look at this post and remember something important, or maybe it’s 10 years from now already and time moves in ways we do not always understand and I am telling my current self to write this, or I’m posting this, 10 years ago. Either way, publishing is better than not publishing.

A bigger question is – what does it mean when companies “buy” or aquire communities? Or -are- communities and later purchased? Autodesk did a good job with Instructables, that’s just my opinion. Yahoo/Verizon with Tumblr, not so much.

AVRFreaks is for the most part seems to be over, at least that chapter of micro-controllers and AVR, there were few lessons to be learned, so I’m putting this up here for future reference and notes-to-self. 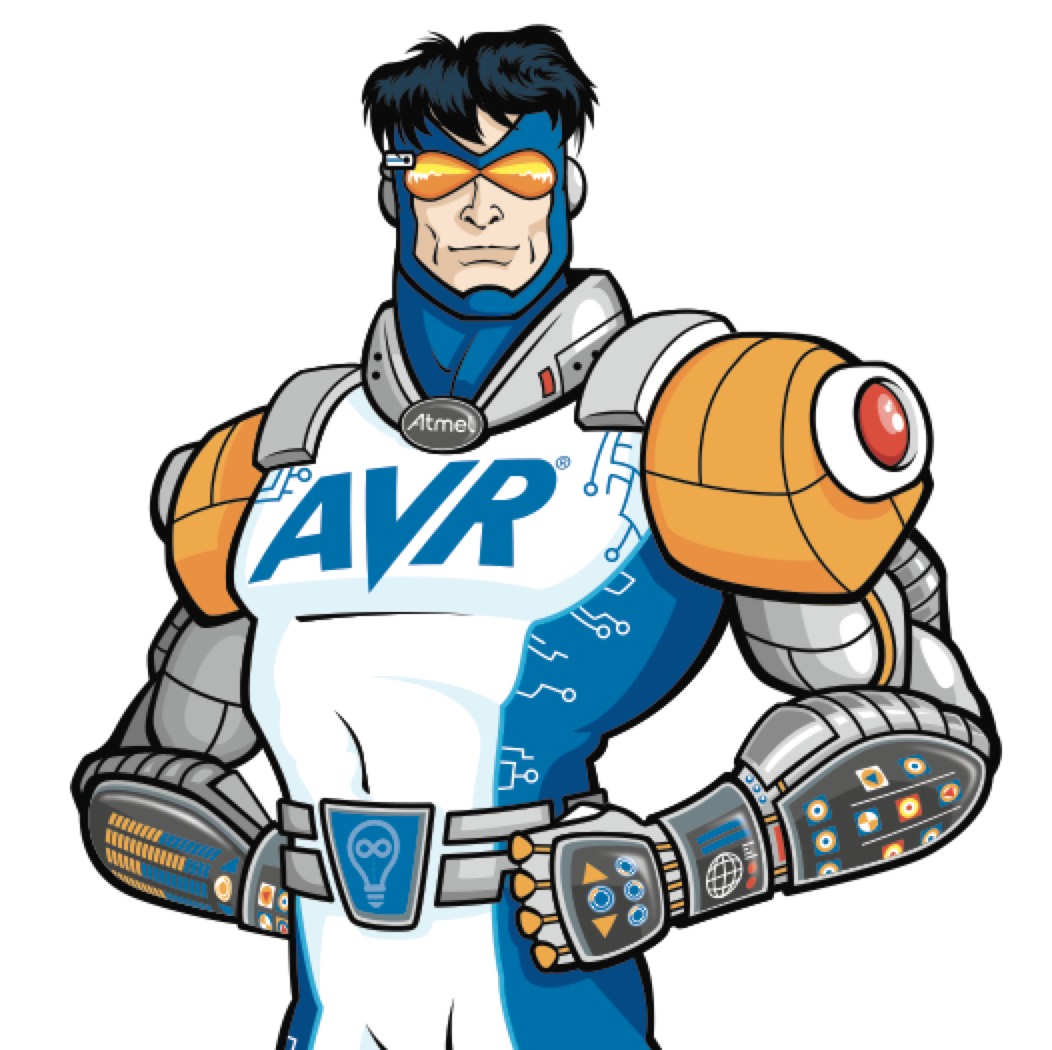 @TheAVRMan twitter is still around (last update 2/2016). Blog is gone. The @atmel twitter is now a suspended account and atmel.com is down (at least most of it) – there is notice “As of December 31, 2017, the ATMEL website will be redirected to MICROCHIP.com” and “Notice Regarding Personal Information Transfer from Atmel to Microchip.” 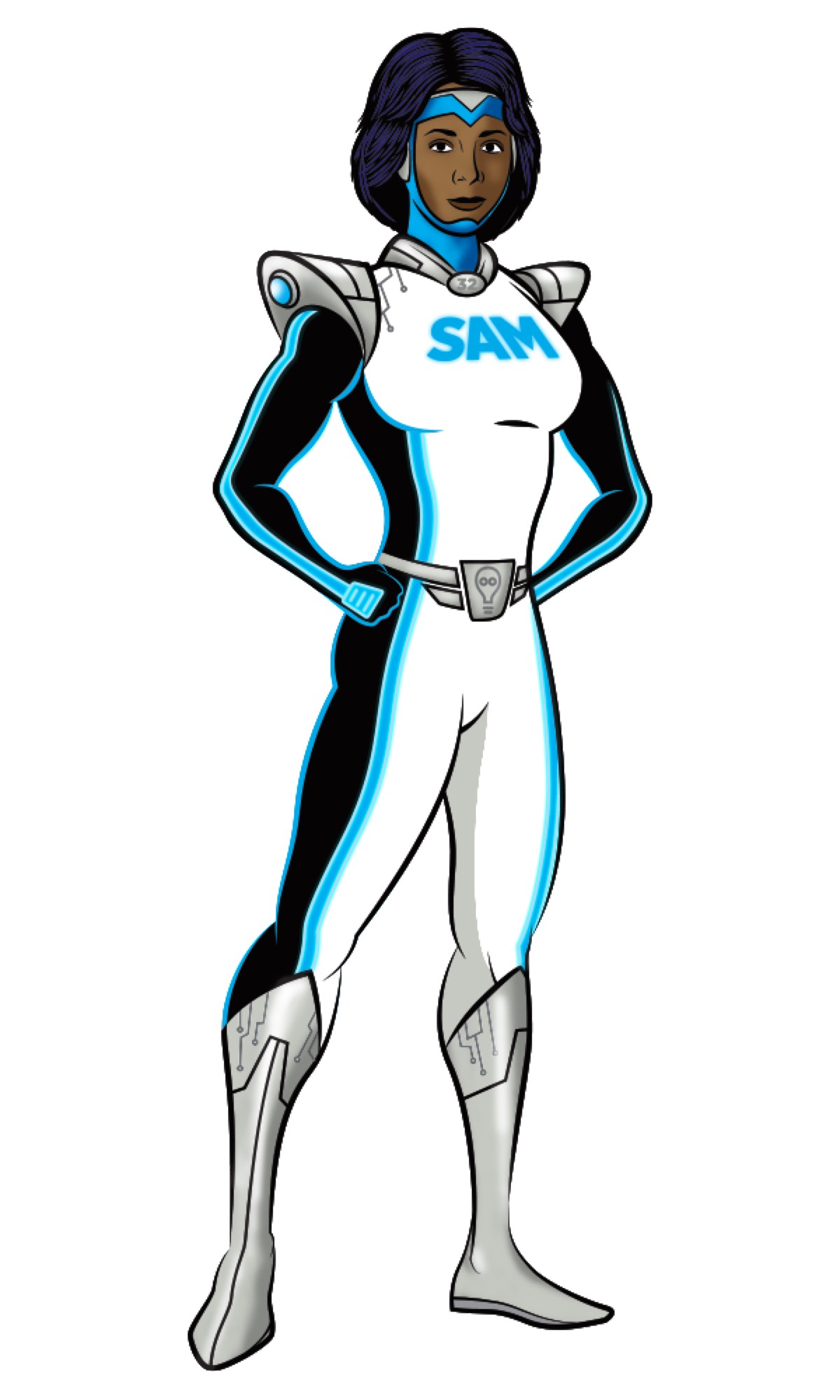